County Durham leaders fly the flag for our area at Westminster 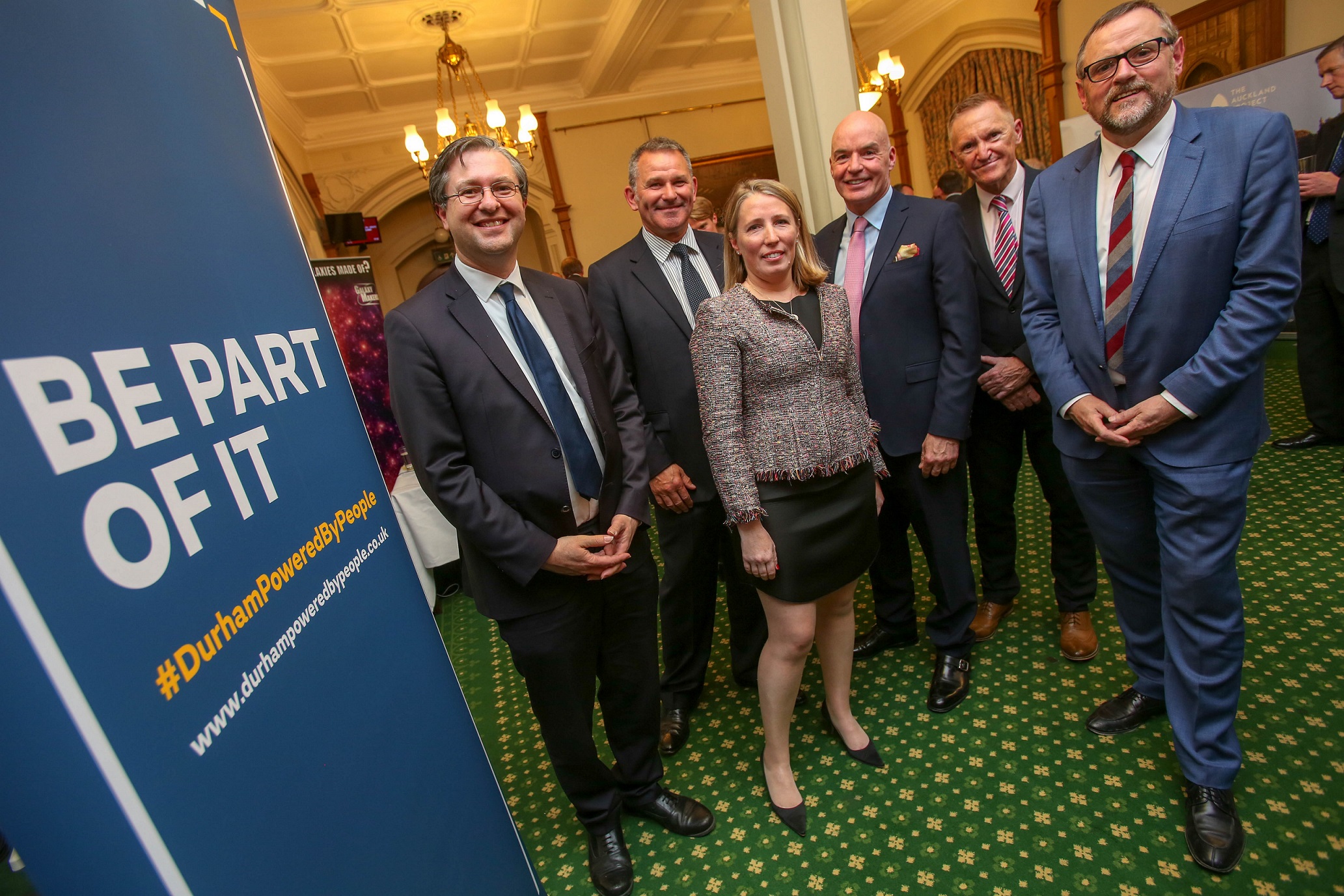 Durham is a great place to live, work and invest – that’s the message the county’s leaders took right to the heart of government this week.

Influential figures from the county’s business, culture and education sectors demonstrated their passion for the area during a reception at the Houses of Parliament.

Hosted by Phil Wilson, MP for Sedgefield, and organised by Durham County Council, the event aimed to showcase all that the county has to offer, particularly for businesses and potential investors.

Those in attendance included Greg Clark MP, Secretary of State for Business, Energy and Industrial Strategy, Northern Powerhouse minister Jake Berry MP and a wide variety of representatives from outside the county.

Cllr Simon Henig, Leader of Durham County Council, said: “Durham really is a fantastic place for so many reasons.

“For those looking to bring their business here we have some great locations supported by excellent infrastructure and a wide range of thriving businesses just waiting to work alongside you. Our quality of life is also hard to beat, with stunning coast and countryside, world-class culture and warm and welcoming people.

“But if we do want people to invest in our area and support our ambition for the growth of the county, we need to make sure they know exactly what it is that we can offer them.

“The event at Westminster gave not just us but many of the organisations who are already enjoying success here in Durham the chance to really shout about all that’s great about the area.”

Mr Wilson said: “It was a privilege to host Durham County Council in Westminster. Durham is a great place to live and work with some great businesses.

“Sedgefield has the largest business park in the North East with between 10,000 and 12,000 people working there.

“I would strongly recommend businesses locate in Durham because they always receive a great service from the county council and are made very welcome by the people who live there.”

Ms Daulon said: “The event was a testament to everyone in the room. Whether from Durham or outside the county, everyone is understandably passionate about the area and that’s a reflection of the energy we see across the county.

James Ramsbotham, Chief Executive of the North East England Chamber of Commerce, said: “It’s wonderful to see so many people here today giving such a positive message to people in Whitehall about what a wonderful place Durham is to live and to work.”

David Cullingford, development manager at Citrus Durham, the company behind the Integra 61 development, said: “The reception has underlined all the positive things that are encouraging developers like us to invest in County Durham.  I think this is a fantastic time for Durham, everyone should take a lot of pride in all that is happening in the county right now.”

County Durham is currently seeing significant investment, including £240 million on the Riverwalk and Milburngate developments in Durham City and £90 million by Glaxo Smith Kline in a manufacturing facility at Barnard Castle. An £11 million railway station is planned for Horden, while projects such as Genesis at Consett and DurhamGate at Spennymoor have successfully regenerated former industrial areas.

The county also boasts five strategic development sites, some of which have already attracted national and internationally recognised companies. These sites include Aycliffe Business Park, home to the Hitachi rail facility and NETPark, where occupants include Kromek, CPI and Polyphotonix, as well as Jade Enterprise Park at Seaham, Integra 61 next to the A1(M) at Durham City and Aykley Heads within the city itself.

Durham has also seen significant growth and investment in its cultural offer and a packed calendar of openings, events, festivals and anniversaries has led to 2019 being declared a Year of Culture in the county – a move which has been praised by the Department for Culture, Media and Sport, Visit Britain and the England and Wales Cricket Board.

Highlights include Cricket World Cup fixtures at Chester-le-Street, a visit from Flying Scotsman to Locomotion, a new food festival at Seaham and events to celebrate what would have been the 100th birthday of Spennymoor-born painter Norman Cornish. The year culminates in the tenth anniversary of Lumiere in November. The UK’s largest light festival has seen more than 840,000 visitors and in excess of £28 million in economic benefits.