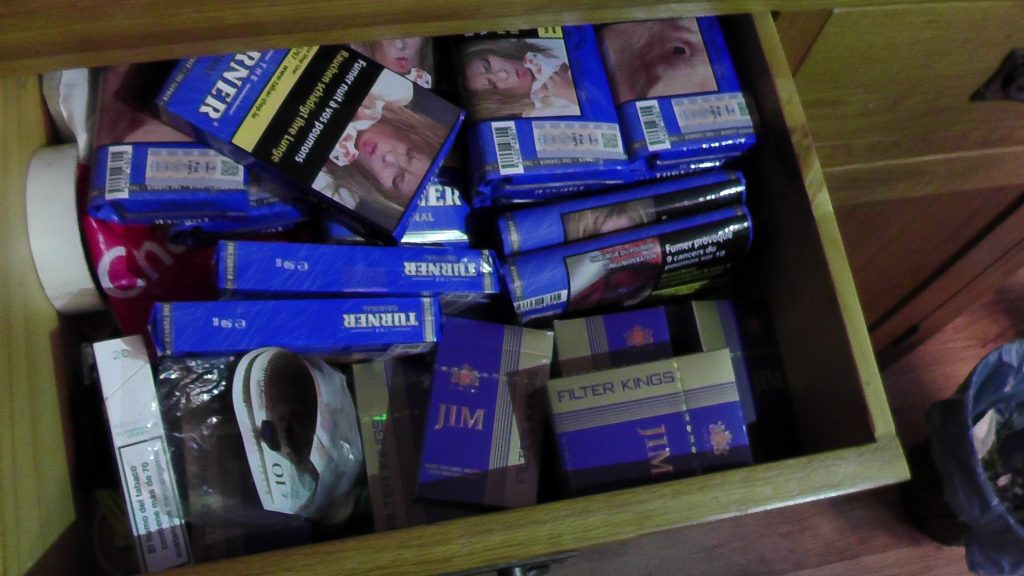 More than 24,000 illegal cigarettes, 129kg of rolling tobacco and £50,000 in cash has been seized in the past 12 months as part of efforts to crack down on the illegal tobacco trade in County Durham.

The figures are revealed in a report to Durham County Council’s Cabinet which also shows that four custodial sentences, totally more than five years, were imposed by the courts as a result of the investigations.

In one case, a three-month closure order was placed on a premises involved in the sale of illegal tobacco.

The report reviews the authority’s work in enforcing legislation regarding the sale of age-restricted products including tobacco as well as alcohol, DVDs, fireworks, knives, solvents and glue and access to gaming establishments and sunbed premises.

Cllr Brian Stephens, Durham County Council’s Cabinet member for neighbourhoods and local partnerships, said: “Tackling the supply of illegal tobacco products is a key part of our efforts to reduce the availability of cigarettes and associated items to young people.

“The health hazards of tobacco are widely known and it is important that we do all we can to protect our children and young people from them – whether this is raising awareness of the dangers, cracking down on the sale of legitimate products to underage customers or pursuing those who seek to make a profit from the trade in illicit tobacco.

“The figures contained in this update clearly demonstrate that we have achieved much in this area during the past 12 months but our programme for the coming year also highlights our commitment to continuing this work.”

The report also shows that in 2018/19, young volunteers were involved in 28 test purchase operations during which 68 per cent of premises made sales of alcohol to underage customers.

As a result, two premises had their licences reviewed with more robust conditions being introduced in order to ensure future compliance.

Eight test purchase checks were carried out at gambling establishments in the county but all passed.

The council works closely with a wide range of partners in gathering intelligence and also raising awareness about the sale and potential risks of underage products.

Cabinet meets at the Witham, Barnard Castle, on Wednesday, 3 April.