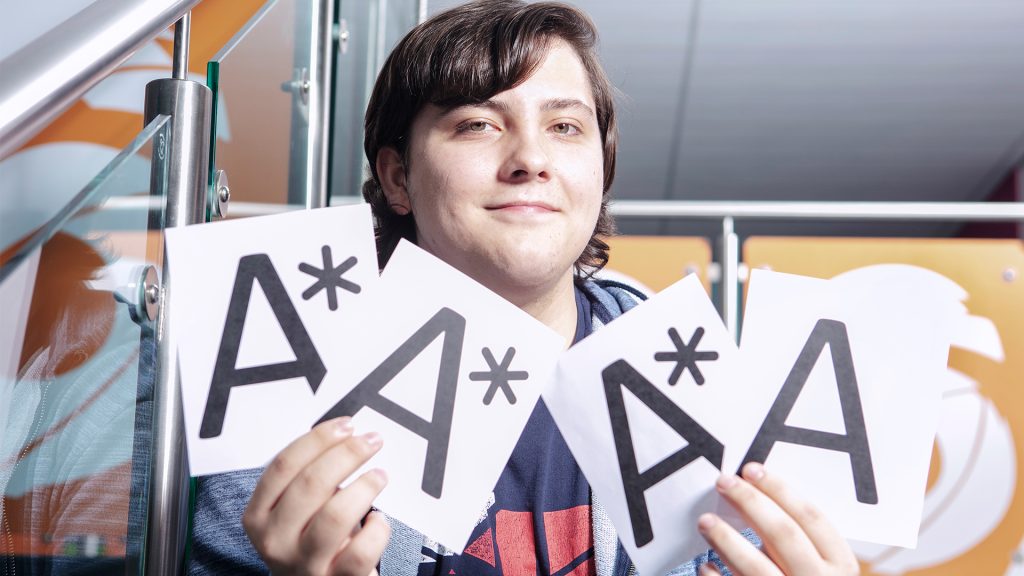 East Durham College’s Sixth Form centre, ED6, is celebrating after being named as the top performing college in England for value-added scores, proving that ED6 is truly helping students to reach their full potential.

Value-added scores showcase how much progress students make between the end of key stage 4 (Year 11) and the end of their academic qualifications at college.

Scores are calculated by comparing the A-Level results students gain at a particular college with the average results other students gained who had similar GCSE results when they left school.

Out of 101 general further education colleges across the country, ED6 Sixth Form was found to have the highest value-added score, +0.37, significantly higher than the national average of -0.08. A score above zero means students make better progress than the average; and the higher the score, the further students achieve beyond what was expected of them.

East Durham College is absolutely thrilled with the news, as the ED6 Sixth Form centre, in Peterlee, was formed to give people in the local area the opportunity to succeed through top quality academic study.

East Durham College principal, Suzanne Duncan, said: “Value added scores, or progress scores as they are also known, are so important when choosing a sixth form. ED6’s score means many of our A-level students achieve a higher grade than they were expected to, based on their GCSE results, against the national average.

“Looking at the progress students make, from their GCSE grades to their A-level grades, shows you how good a college is at helping its students to reach their maximum potential; helping them to get the very best grades they are capable of.

“To be ranked number one in the country is an amazing achievement. It’s testament to the dedication of our talented academic staff and our hard working A-level students.”

Head of Sixth Form, Dr. Wanda Scott, said: “I am immensely proud of my team and our students. I know that the ED6 staff work tirelessly to ensure that our amazing students achieve their full potential and beyond with us.”