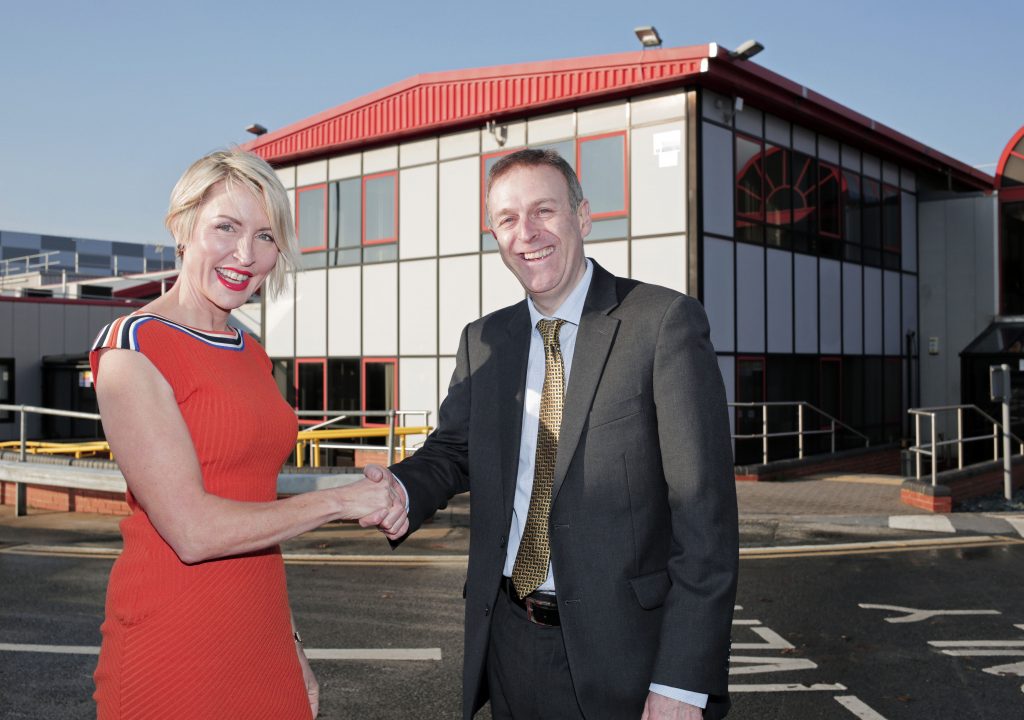 Businesswoman Heather Mills has revealed that the former Walkers Crisps factory she took over to manufacture her range of plant-based foods in Peterlee will be open for business within the next three months.

The entrepreneur has tapped into the fast-growing vegan food and drink market with her business, VBites. Ms Mills took over the 180,000 sq foot Peterlee factory in November and is busy hiring staff and overseeing the fit-out ready for manufacturing of VBites’ new range of vegan sausages and burgers made from plant-based proteins.

More than 350 jobs were lost when PepsiCo closed the Walkers’ snacks factory in 2017. Ms Mills said she was pleased to report she had already hired six former workers from Walkers, including the former Walkers’ factory manager who was now the new factory manager for VBites at Peterlee. She is hoping eventually to hire around 300 workers for Peterlee.

“It’s been quite a journey to get here and it’s a very exciting time for us now,” she said. “I’ve been delighted to see some of the former workers at Walkers take up new positions with us already. We have some good people in place at Peterlee and we’re looking for more.

“There will be office and factory positions for apprentices and also for older people who are experienced. I value their experience.”

Cllr Carl Marshall, Durham County Council’s Cabinet member for economic regeneration, said: “This is really exciting news and it’s particularly encouraging to see that there will now be more than 300 job opportunities created at the old Walkers site in the near future. We’re thrilled that Heather Mills is choosing to bring jobs back here to the North East and making the most of our talented workforce.”

Ms Mills said she had received a great deal of help buying and settling into the factory from Peter Rippingale, team manager inward investment and opportunities at Business Durham, the economic development organisation for County Durham. She said: “Peter has been a valuable asset to us by connecting us to the right people and making sure the acquisition of the Peterlee factory went smoothly. We’ve been introduced to many local businesses that may want to partner with us and other exciting relationships that will bring more employment opportunities.”

Peter Rippingale said: “It’s been a pleasure to help Ms Mills with her ambitious plans to grow her business further. It’s great that she’s chosen her native North East as a place to do business and bring valuable jobs to the local economy.”

Mr Rippingale said he hoped VBites would take advantage of the support from the Durham Food and Drink Network, which helps producers in County Durham gain access to full funded business support, food events and workshops.

Ms Mills said she could foresee a time when there could be the biggest production of plant-based foods in the UK taking place in the North East. The expansion VBites has been fuelled by the demand for vegan food. According to The Vegan Society, the total value of the UK plant-based market was £443m in 2018.

Ms Mills also has VBites Ventures which allows smaller plant-based producers to use VBites’ factories for manufacture and distribution across the world.

“It helps people move onto the next step when otherwise they would have to take a giant leap in order to manufacture and distribute. I hope to open a factory one day which will be full of these incubator businesses. This could also be in the North East.”