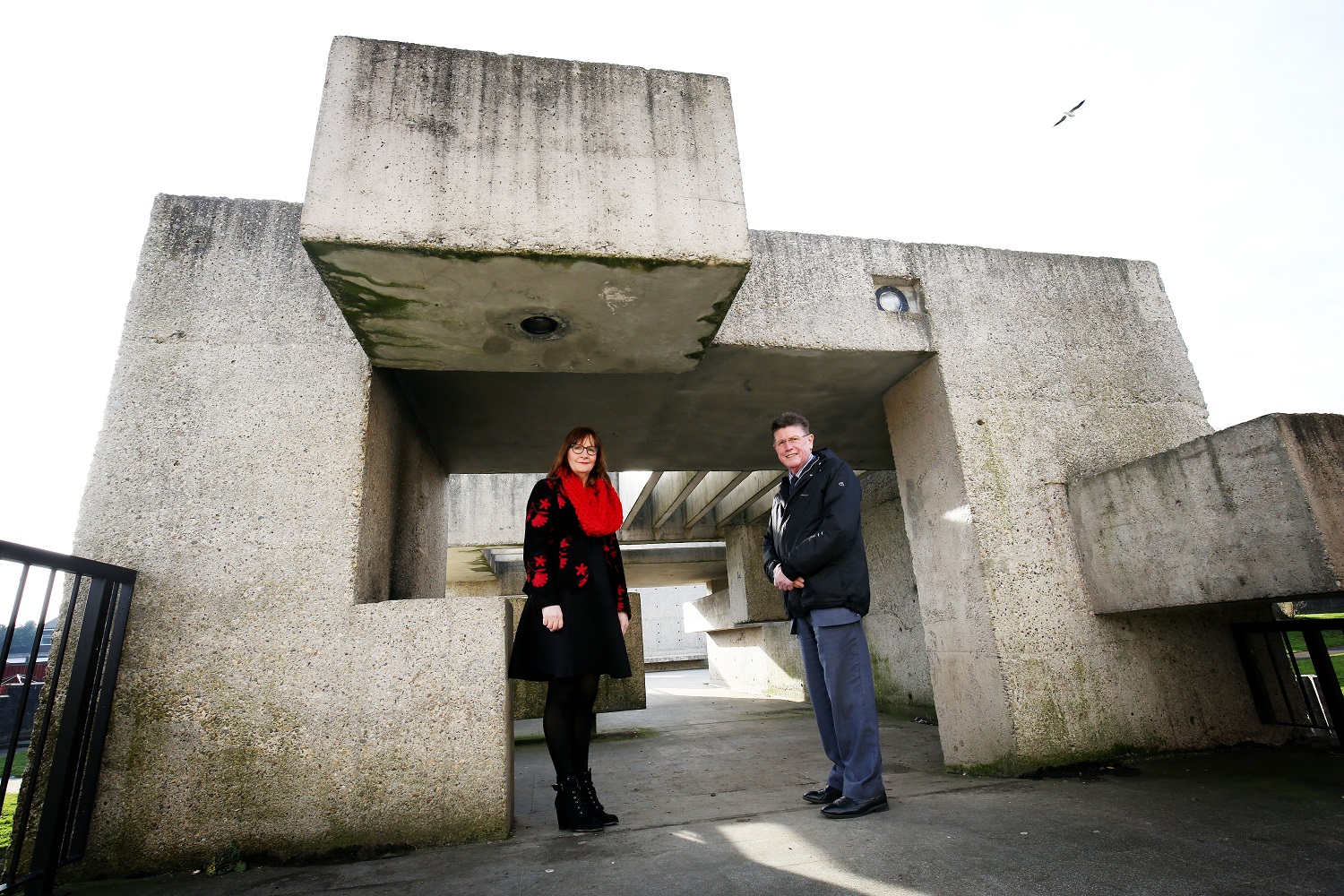 A County Durham landmark named after the first moon landing will celebrate its half century this year.

The Apollo Pavilion at Peterlee was completed in 1969 and named as a lasting tribute to that year’s Apollo landing, which saw Neil Armstrong and Buzz Aldrin take humankind’s first steps on the moon.

To mark the five decades since the unveiling, Durham County Council has organised a year of celebrations, which will kick off next month with a light installation presented in partnership with Artichoke, the company the council commissions to put on Durham City’s world famous Lumiere Festival.

The structure, on the town’s Sunny Blunts estate, was the brainchild of the Peterlee Development Corporation and designed by the artist Victor Pasmore.

An example of 1960s public art, the Pavilion, which spans a small man-made lake, is constructed of concrete, with its only decoration being two painted murals.

The council has now announced plans to celebrate its landmark anniversary throughout 2019, with the Artichoke light installation followed by a 50th birthday party in July, the unveiling of an art installation in September and a landscape art project for secondary and higher education students.

The celebrations begin with Artichoke’s light installation, by Berlin-based artist-architect collective Mader Wiermann, which will be on show over the nights of Friday 22 and Saturday 23 March.

As part of the work Artichoke will be doing following the installation, there will be an education and training programme for local 16 to19 year olds, encouraging them to develop career skills in digital and video art and production.

The celebrations form part of the Year of Culture, #Durham19, a programme of events, festivals, anniversaries and openings taking place in the county during 2019.

Cllr Ossie Johnson, the council’s Cabinet member for tourism, culture, leisure and rural issues, said: “We know that building work on the Pavilion finished around the time the world was caught up in the moon landing, and that the Apollo name was chosen to mark it.

“It’s really nice to have a lasting link in Peterlee to such a historic moment and one that, thanks to its unique appearance has become such an important part of the town’s cultural heritage.

“We’re delighted to now be marking half a century of the Pavilion in this our Year of Culture, with the light installation promising to get our programme of activities off to a spectacular start.

“We hope local residents will join in and celebrate with us.”

David Taylor-Gooby, chair of the Apollo Pavilion Community Association, said:  “I am very pleased that the Pavilion is now celebrating its 50th birthday.

“It is something Peterlee can be proud of, and I want to thank all the people whose efforts made sure it was preserved so we can celebrate this year.”