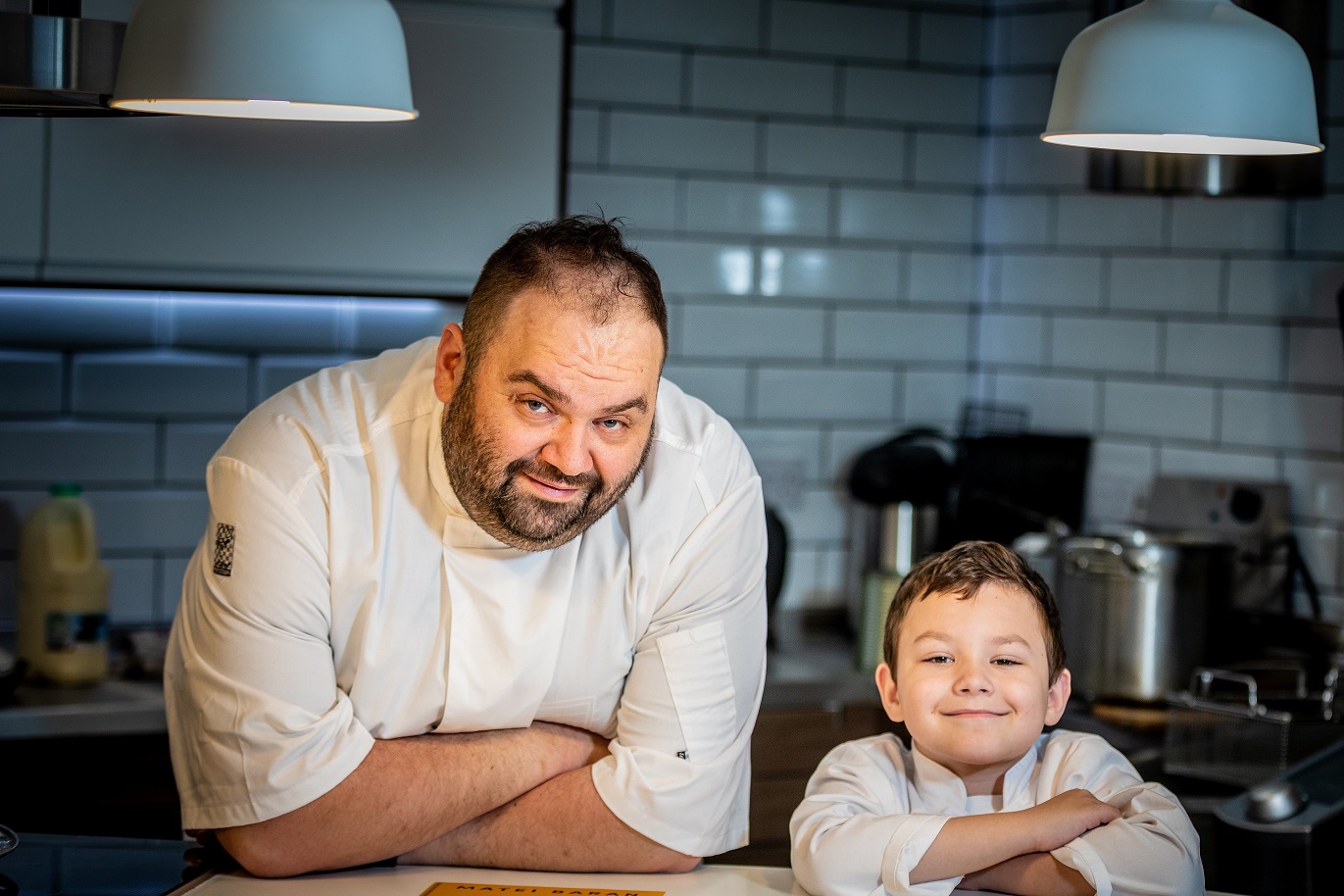 A TV Master Chef, whose son suffers from a life limiting illness, has cooked up a legal storm over the title of his charity recipe book for children.

Children – including pupils from Hope Wood Academy in Easington Colliery – have helped prepare the recipes which promote healthy eating for all young people, particularly those affected by cystic fibrosis.

But, less than a month before publication, Matei has had to change the book’s title after threats of legal action by solicitors representing the owner of the trademark for Little Chef – the chain of motorway restaurants which closed in January 2018.

Romanian-born Matei even offered to acknowledge Little Chef in his book, but that was rejected.

“I’m lost for words,” said the 40-year-old executive head chef at The Salt Cove restaurant in Tynemouth and a quarter finalist in TV’s Master Chef: the Professionals.

“I’ve been planning this book for a long time and the title came to me when I saw a picture of Armin and me.  That picture inspired the logo – which looks nothing like Little Chef – and the title matched perfectly.”

He added: “I thought I had done the right thing by applying for a Trade Mark – but that’s come back to bite me.  I haven’t got the money to fight this, but I’ve done nothing wrong.  All I’m trying to do is help children and help the charity.”

The Little Chef name is owned by a Kuwaiti-based company called the Kout Food Group.  It is represented by a prominent London commercial law firm, Edwin Coe LLP.

In its letter to Matei it said: “Our client simply cannot allow you to own or use a trade mark containing the element “Little Chef” because it will amongst other, dilute the distinctiveness of our client’s mark.”

It added: “It is also irrelevant that the proceeds from the sale of your book will go to charity and our client rejects and cannot grant you permission to use our client’s mark within the title of your book.”

The letter concluded with a further warning: “We would encourage you to change the name of the book now so that it does not contain the words “Little Chef” before our client is forced to escalate matters against you, the publisher and/or any other third parties.”

Faced with these threats Matei said he had no choice but to change the title to Big Chef Mini Chef, but the book will be published as planned and is launched at Seven Stories – The National Centre for Children’s Books – in Newcastle on 26 January.

“I’m confused, disappointed and angry and I feel like I’ve been bullied. But the aim of the book all along was to help children like Armin and that will never change,” he added.

“Titles are obviously more important to them than they are to me, so there’s no point in keep on fighting.”