Plan outlining developments across County Durham to go before cabinet 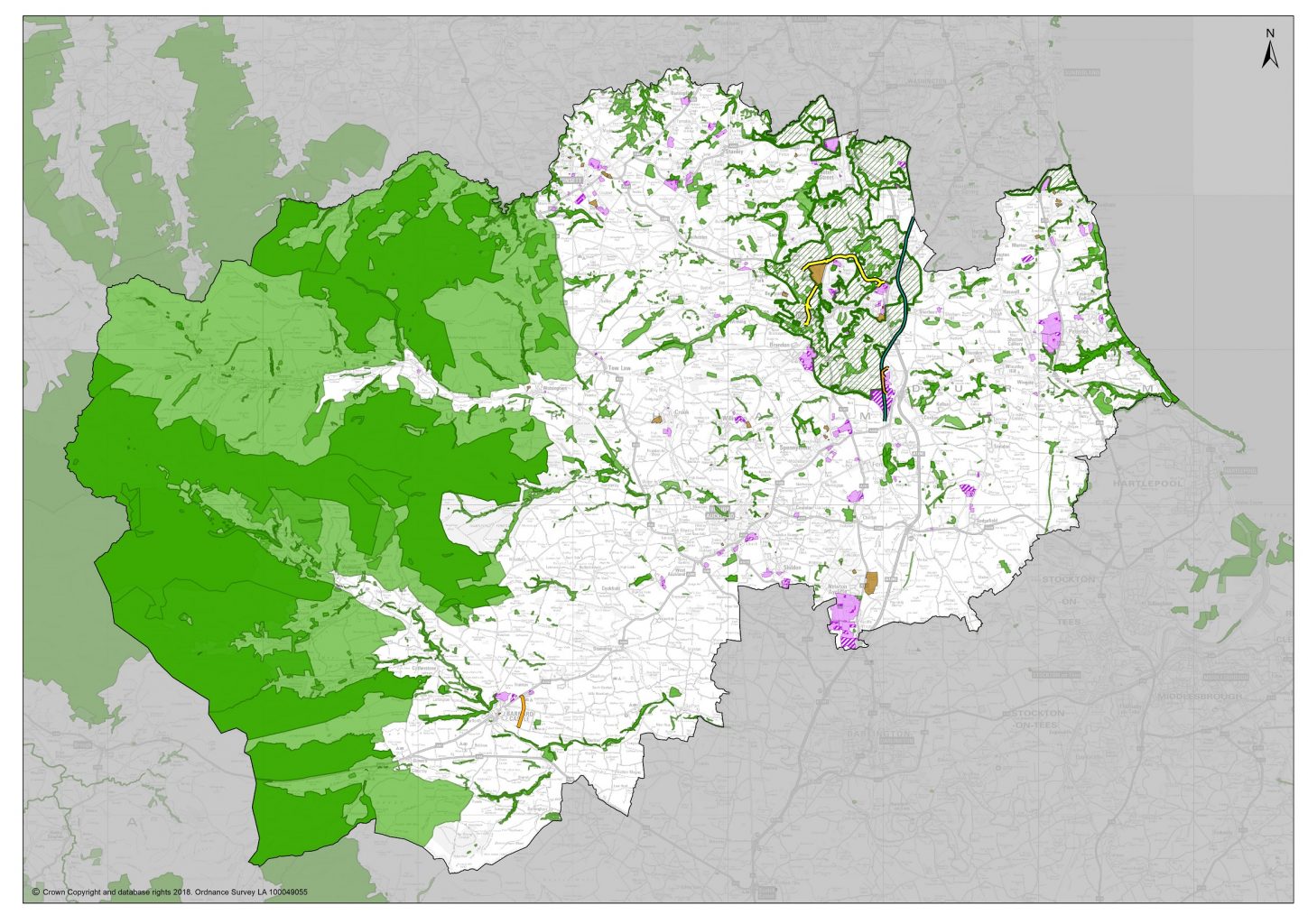 The County Durham Plan will go before Durham County Council’s Cabinet next week setting out potential development in the county until 2035.

Councillors will be asked to approve what is known as the Pre-Submission Draft stage of the plan ahead of a final, six-week consultation due to begin later this month. The plan would then be submitted to the Secretary of State ahead of an examination in public later in the year.

The plan is based on evidence about the county in addition to challenges and opportunities identified by people who live and work in County Durham over the course of the previous rounds of consultation.

A number of further changes have been made to the plan following the most recent consultation in summer 2018. These include changes to the number of proposed housing sites, more flexibility in policies included in the plan to allow them to better meet challenges faced by town centres and safeguarding of two potential routes for a possible Northern Relief Road. The number of homes needed over the course of the plan has also changed in line with the latest Government methodology.

Cllr Carl Marshall, Cabinet member for economic regeneration, said: “The County Durham Plan aims to build on the range of ambitious plans coming to fruition across the county while protecting and enhancing what already makes it such a great place to live, work and visit.

“We’ve continued to develop and refine the plan throughout the rounds of consultation and we’re incredibly grateful to everyone who has taken the time so far to help us shape the future of County Durham.”

The plan sets out a range of development proposals as well as planning policies for the county. These will cover housing, businesses and jobs, protection of the historic and natural environment and how infrastructure will come forward to support development, such as major transport links, new or expanded schools and healthcare provision and community facilities.

The plan aims to build on over £3 billion that is currently being invested in the county as part of a range of ambitious developments such as Hitachi in Newton Aycliffe, Auckland Castle and Eleven Arches in Bishop Auckland, the redevelopment of the riverside in Durham City and Integra61 in Bowburn among many others.

To support the continued economic growth of the county and help meet the key aim of more and better jobs for residents, the plan includes over 302 hectares of new land developed for business and industry. This is in addition to protecting over 1,500 hectares of existing business and industrial land to prevent any other use. The plan would also include policies to support town centres and allow the council to take a more flexible approach to supporting businesses in rural areas, encouraging the local economy while protecting the environment.

The plan shows the proposed locations for the 5,390 new homes across the county needed to meet the Government estimate of 24,852 by 2035. The plan aims to locate the new homes in the right places to capitalise on the investment happening around the county as well as reducing the need to travel.

Measures would also be introduced as part of the plan to ensure that a wide range of quality homes are built to meet the needs of residents. This would see a requirement that 10 per cent of all homes on developments would have to be designed for older people to better support an aging population. Between 10 and 25 per cent would also have to be affordable homes, depending on the location. New housing would come alongside the council’s ongoing measures to bring empty homes back into use across the county.

The plan includes policies relating to the protection of over 250,000 hectares of County Durham’s natural environment including important landscapes, wildlife areas, open spaces, woods and parklands to ensure that they cannot be used for development.

It will also make sure that new developments in and around our historic towns and villages complement both the history and heritage of existing buildings as well as the natural landscape.

In order to support the development across the county up to 2035, the plan also outlines new infrastructure including safeguarding routes for relief roads to the north and west of Durham City and the new Horden Railway Station. It would also protect further land for possible future transport use in Barnard Castle and Bowburn and the potential reopening of the Leamside railway line.

The plan also sets out how developers will be required to contribute towards such things as new, improved or expanded schools and healthcare provision such as doctors’ surgeries alongside parks and community facilities.

Cabinet are due to meet at The Glebe Centre, Murton at 10am on Wednesday 16 January.