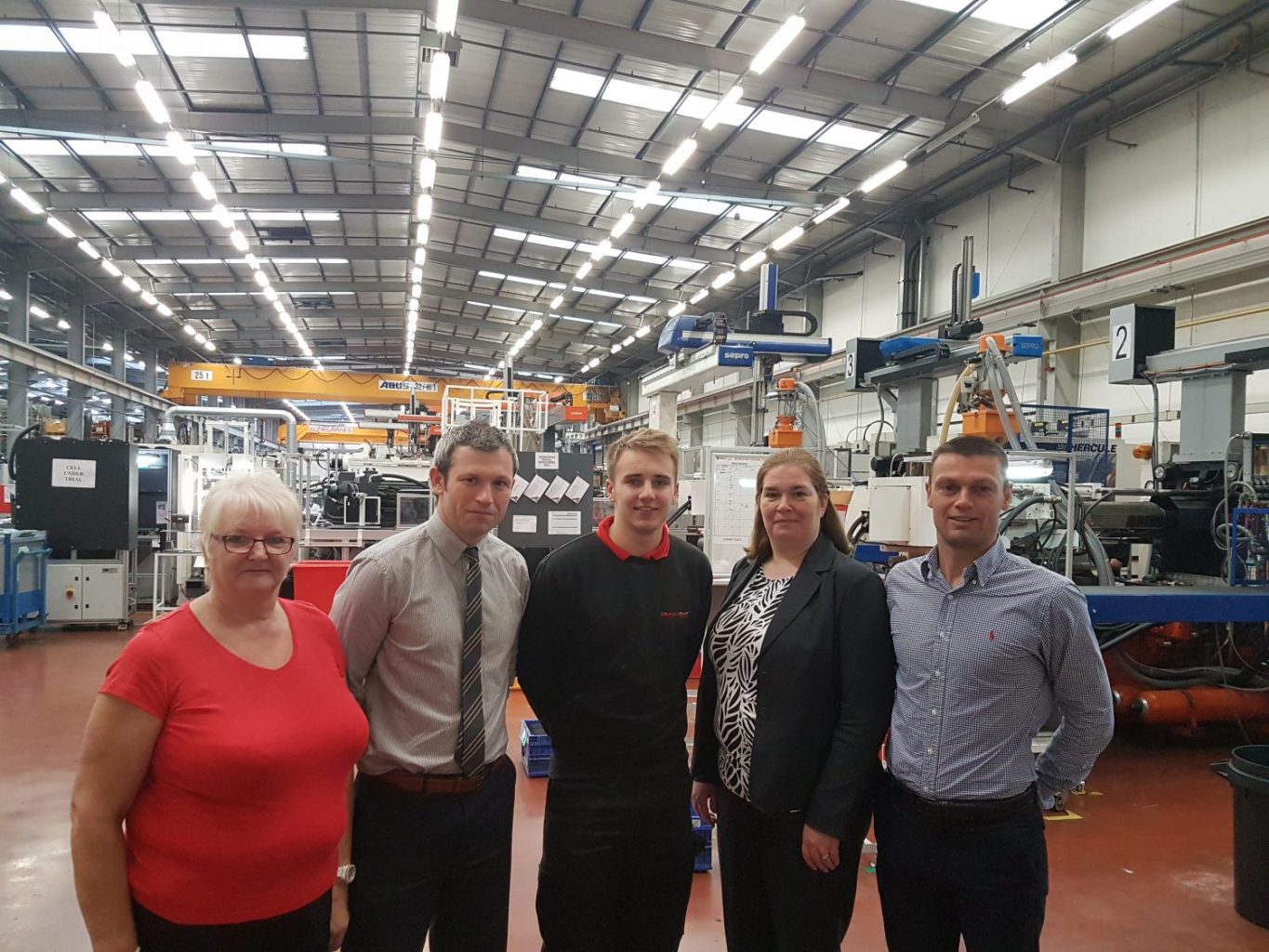 A Dedicated teenager who voluntarily worked at an automotive manufacturer for two years has been rewarded with an engineering apprenticeship.

Thomas Gorham, from Peterlee, carried out work experience at Mecaplast two days a week from 2014 as part of a course he was enrolled on at Apollo Studio Academy.

And after his hard work and talents were noticed, the 18-year-old was offered employment as an apprentice in the tool room.

He started in his new role last month.

Thomas said: “I knew how important it was to take the opportunity to work voluntarily with Mecaplast as they’re a big employer in the area and it was the perfect way to get my foot in the door.

“I really wanted to impress the company and prove I was worthy of a full time position, so I was delighted when they offered me a three-year apprenticeship.

“It’s a fantastic company to be a part of and there are lots of opportunities for development so I couldn’t be happier.

“It really does show that hard work pays off.”

Kareen James-Rawson, HR Manager at Mecaplast, said: “Here at Mecaplast we’re committed to investing in young people as they are the future of the business, and we were particularly impressed with Thomas’ attitude and willingness to work unpaid.

“We’re confident he will excel during his apprenticeship and under the guidance of the experienced team here, he has every chance of going on to secure a permanent job with us.”

French-owned Mecaplast is one of the European leaders in designing, developing and manufacturing parts and systems for the automotive industry.

Sally Hudson, Principal of Apollo Studio Academy, said: “We’re absolutely delighted that Thomas has secured this position with Mecaplast. He is a real credit to the academy and very much epitomises what we’re about.”

Thomas will complete his apprenticeship at Mecaplast under the employment of engineering and manufacturing recruitment and training specialist provider Sora.

Director Ian Tindle, who founded the company in 2010, said: “We work in partnership with Mecaplast to improve the skills and knowledge of their workforce at all levels, from apprentices to senior managers in both production and engineering roles.

“Recruiting engineering apprentices is a key priority for Mecaplast. Thomas is the first Sora apprentice to be offered a job with a further four vacancies in various engineering disciplines to follow. This is a significant commitment and investment from Mecaplast, which is all part of their succession planning programme, and one that should be applauded.”