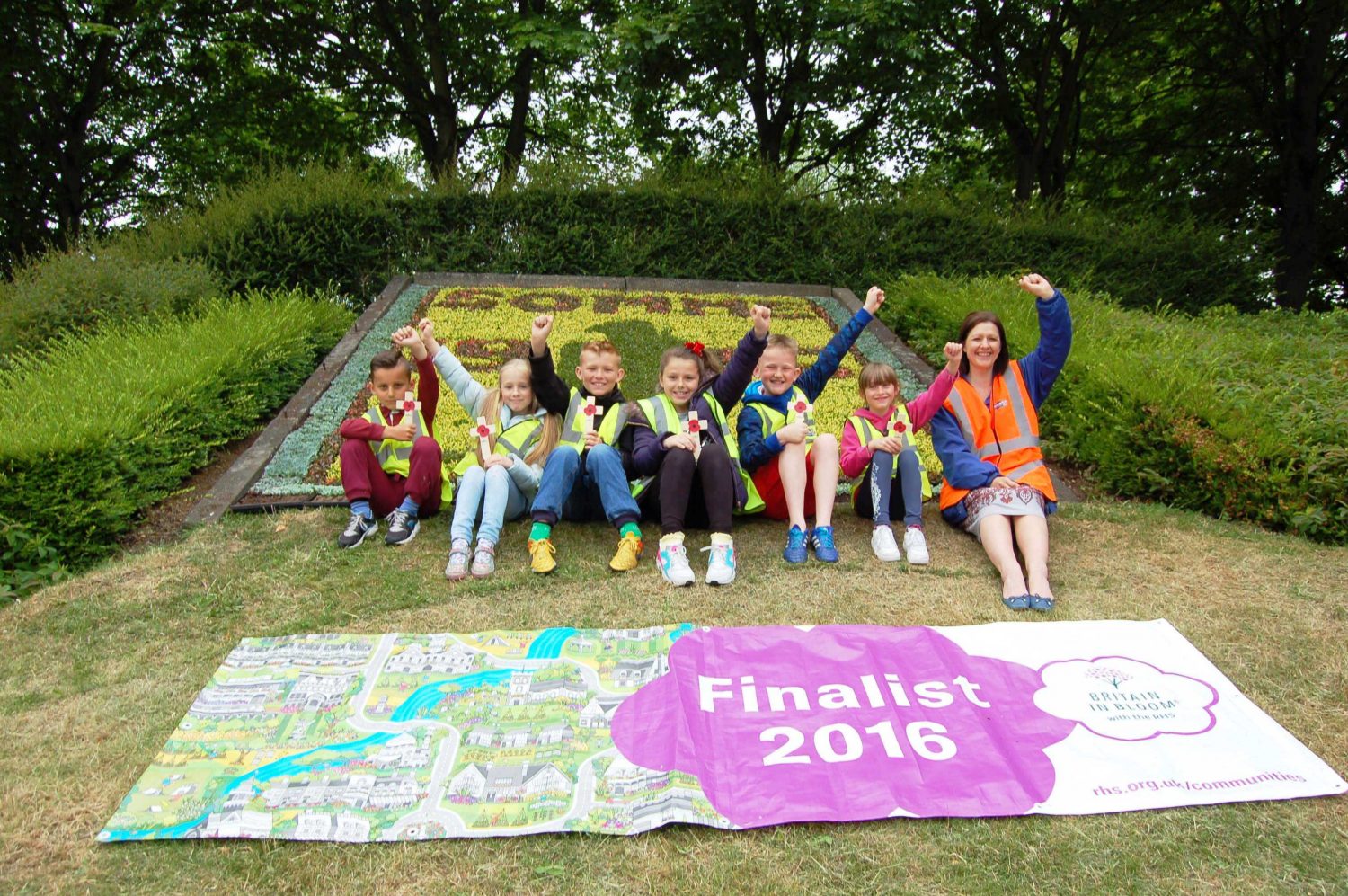 Durham City is blooming as primary school children put the final touches to a carpet bed.

Pupils from Gilesgate Primary School joined members of the British Legion and the council’s Clean and Green and Civic Pride teams on Friday 10th June to plant flowers. The new carpet bed was planted as part of Durham’s bid for successive golds in the regional Northumbria in Bloom and national Britain in Bloom competitions.

The flowers, planted on Durham Gilesgate roundabout in the city centre, commemorate the Battle of the Somme. Throughout the summer months, it will welcome thousands of visitors and residents entering the city.

Cllr Brian Stephens, Cabinet member for neighbourhoods and local partnerships said: “Local people and visitors to Durham are intrigued each summer as to what design will be on display here. This year we have conveyed this poignant event in history with a few simple words and a silhouette of a soldier.”

This year, Durham County Council is supporting Durham in Bloom’s representation in the ‘Champion of Champions’ category of the 2016 Royal Horticultural Society (RHS) Northumbria in Bloom and Britain in Bloom competitions.

The Durham in Bloom team are hoping to continue with their success of 2014 and 2015 when the city attained a gold medal and overall category winner in Northumbria in Bloom and a gold medal in Britain in Bloom in the Large Town Category.