North East youth get ‘app-y’ voting on Brexit, but will they vote for real? 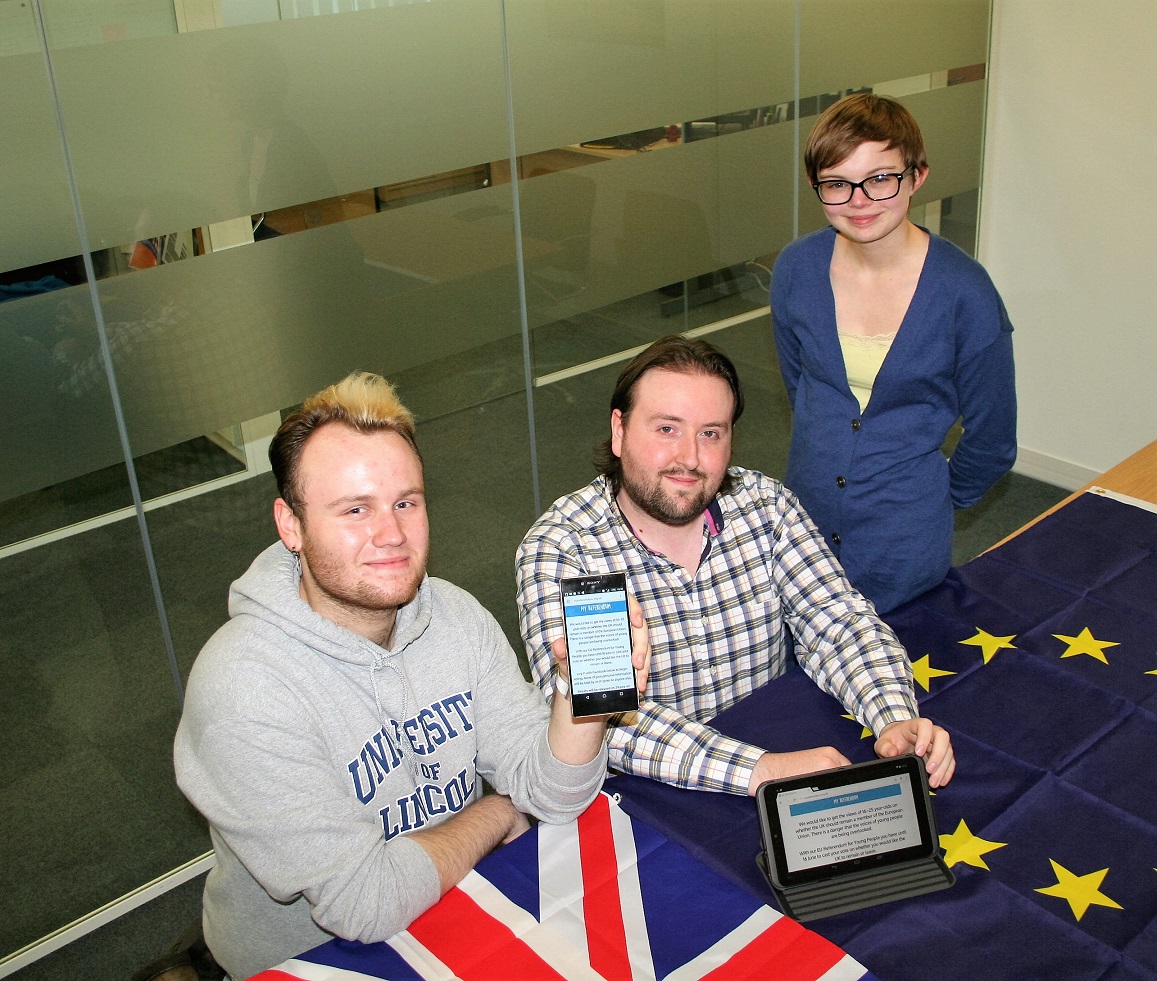 An independent EU voting app is proving popular with 16-25 year olds in the North East who want to have their say.

The MyReferendum app was designed for 16-25 year olds and allows them to learn about the issues around Britain’s EU membership and ‘vote’ on whether to leave or remain.

The online voting platform was created by young people working with regional charity Youth Focus: North East, in response to fears that many young people will simply not vote on 23rd June.

Jamie Mercer, regional development officer at Youth Focus: North East, said: “The youth vote is considered critical by both official campaign groups in the EU Referendum, but so far they’ve attracted only criticism for the ways they’ve tried to connect with young people nationally, including the #Votin campaign video and a flopping Brexit music festival.”

“The young people we work with believe strongly that digital technology and social media is the best way to start a conversation and get their peers voting.”

The online app, which integrates with Facebook, provides access to resources and information for young people undecided about how to vote.

Jack Stoker, 20, president of Newcastle College Students Union, said: “This is the biggest political decision the country has faced for some time and it’s vital that young people recognise how important this referendum could be to their futures.”

“If you don’t know which way you’re going to vote yet, log onto the app and check out the pros and cons for both sides before casting an unofficial vote with #MyReferendumNE.”

Jack is a key member of Youth Focus: North East’s My Manifesto project, which aims to make politics more accessible to young people.

As well as launching the voting app, the group has staged EU Referendum events and roadshows around the region, including Pizza and Politics nights and two Hustings events featuring politicians and lobbyists from the ‘leave’ and ‘remain’ camps.

Voting on the My Referendum app closes at 23.59 hours on 16th June and the results of the youth vote will be revealed on 24th June, the day after the official EU Referendum. Visit myreferendum.org.uk to take part in the unofficial vote.