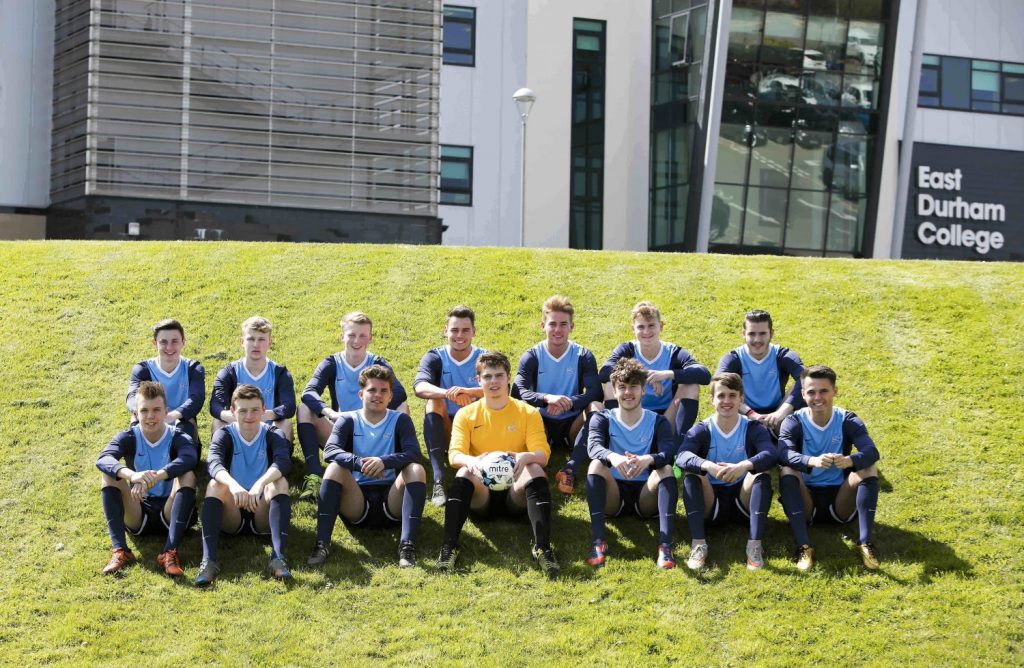 East Durham College football team have wrapped up the double as they won the cup after securing the division one league title last month.

The men’s first team, led by former Sunderland and Hartlepool United defender, Darren Williams, were the winners of the Albert Knox Trophy after a convincing 4-0 win over Darlington College, retaining the trophy for a second year.

This wrapped up an impressive year for the team who finished the season top of the English College’s Football League North East Division One by 13 points having only lost one game all season.

Manager, Darren Williams, is really proud of his team’s achievement over the past year.

Darren said: “This team have been a fantastic group to coach.

“Their convincing performance over a very good Darlington College side in the final showed how good the side really are.

“To retain this trophy for a second year is a fantastic achievement, I am really proud of the team.”

“They have been a fantastic bunch of students and have come in every day and worked really hard, that effort has really shown through on the pitch.

“Retaining the cup to complete the double this year has shown that East Durham College has cemented itself as the top college football team in the region.”