NUFC and SAFC legends teeing off for charity golf day 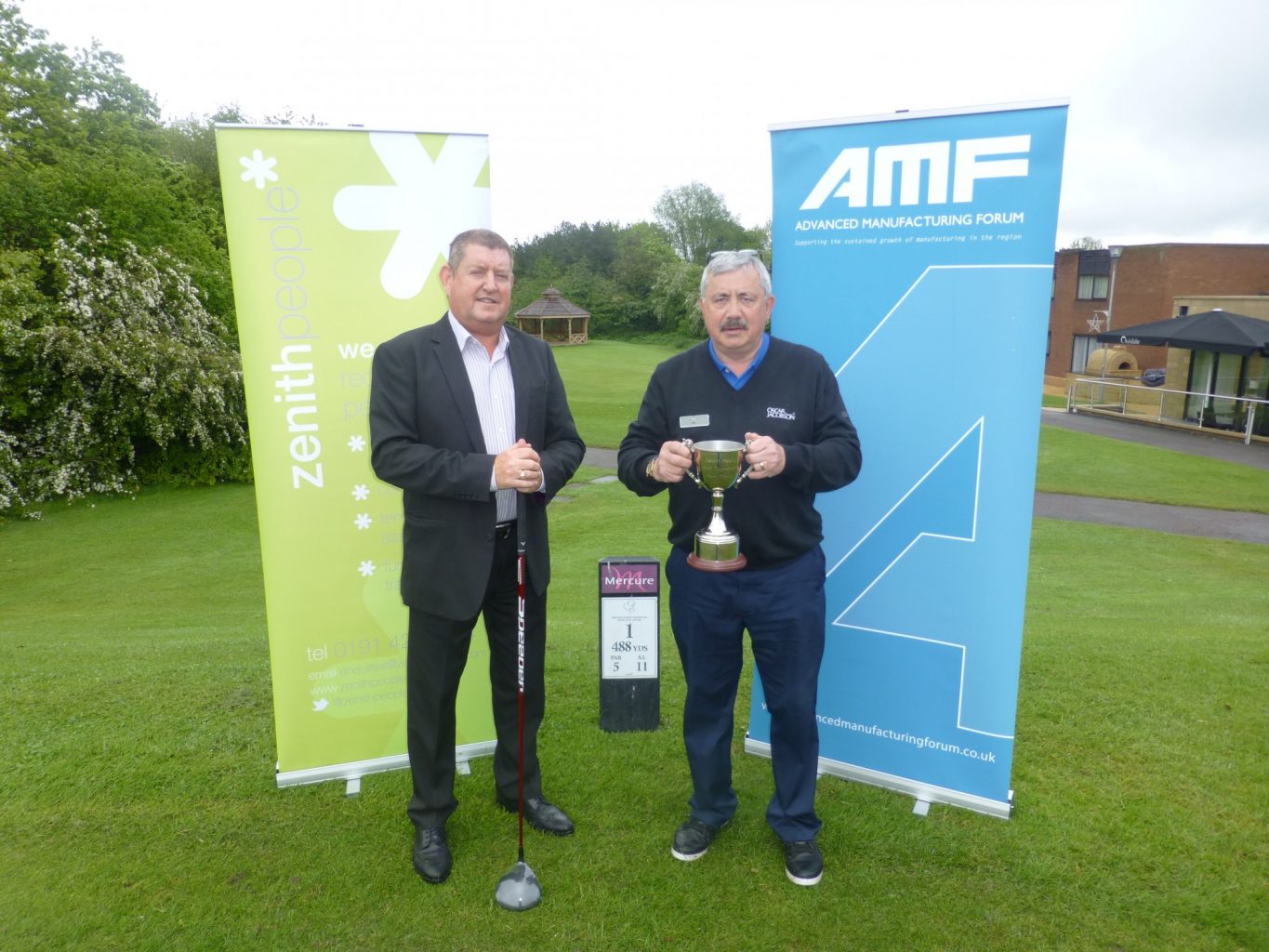 Scotland defender Bobby Moncur, the former Newcastle United captain who led the club to victory in the Fairs Cup in 1969, and Sunderland’s Dick Malone, who was part of the famous 1973 FA Cup winning team, will be teeing off at the George Washington Championship Course on Friday, June 10.

The golf day, which will raise funds for the Newcastle United Foundation, the Foundation of Light and St Clare’s Hospice in Jarrow, has been organised by the Advanced Manufacturing Forum (AMF) and recruitment specialist Zenith People.

Alan Metcalfe, Commercial Director at Zenith People, said: “We’re aiming for between 15 and 18 teams as the more people who play, the more money we can raise for charity. There are some big names from the North East playing and it’s our aim to make this a fantastic event at a local championship course.

“During the event there will be competitions to add to the friendly rivalry between teams, and the chance to win a new car for a hole in one.

“There will also be a raffle on the day with prizes such as a ball girl or boy place plus two tickets to a Newcastle United match, two hospitality tickets to a Sunderland home game, a Rockliffe Hall golf experience for up to four people and a jacket donated by J Barbour & Son, plus much more.”

During the course of the day there will be competitions to add to the friendly rivalry between teams, and the chance to win a new car.

Jack Hanwell, Manager at the AMF, said: “We’ve been so pleased with the response we’ve had to our first charity golf day, and I think with the added interest that Bobby and Dick will bring, we expect it be a huge success, good fun and raise plenty of money for our three chosen charities.”