Officers saved the lives of two men who were stabbed 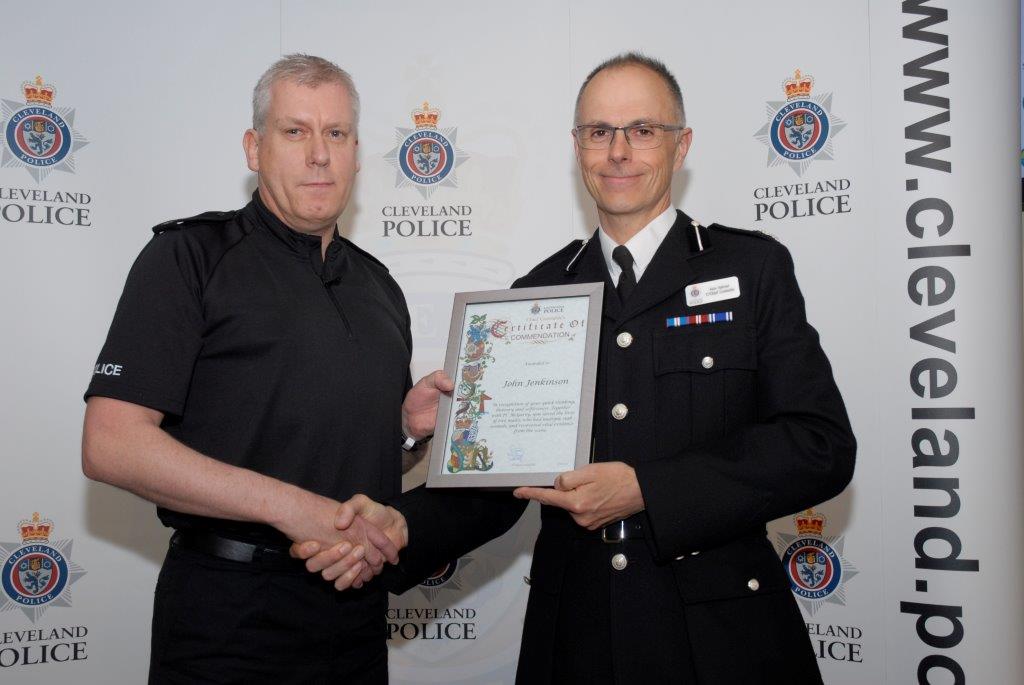 PC John Jenkinson and his colleague, have been commended by Temporary Chief Constable Iain Spittal in an awards ceremony on Wednesday 25th May, for the life-saving first aid they carried out following the stabbing of two men.

One of the casualties had been stabbed in the chest, and had sustained horrific injuries. Using only first aid kits, PC Jenkinson’s colleague covered up an open heart wound with sterile pads and dressings. By applying direct pressure he was able to stem the blood flow and keep the man conscious by continually talking to him, keeping him alive until the air ambulance arrived.

The second man had been stabbed in the abdomen and was bleeding heavily, but was attempting to walk about. PC Jenkinson could see that the wound was serious, and managed to convince the victim to remain still while he applied sterile pads to the wound and direct pressure to prevent further blood loss until the ambulance arrived.

Both men required emergency surgery on arrival at the hospital, and hospital staff stated that it was because of the effective early intervention of both officers at the scene that they were able to save the men’s lives.

Even whilst under extreme pressure to carry out first aid, the officers were able to secure vital evidence from the scene.