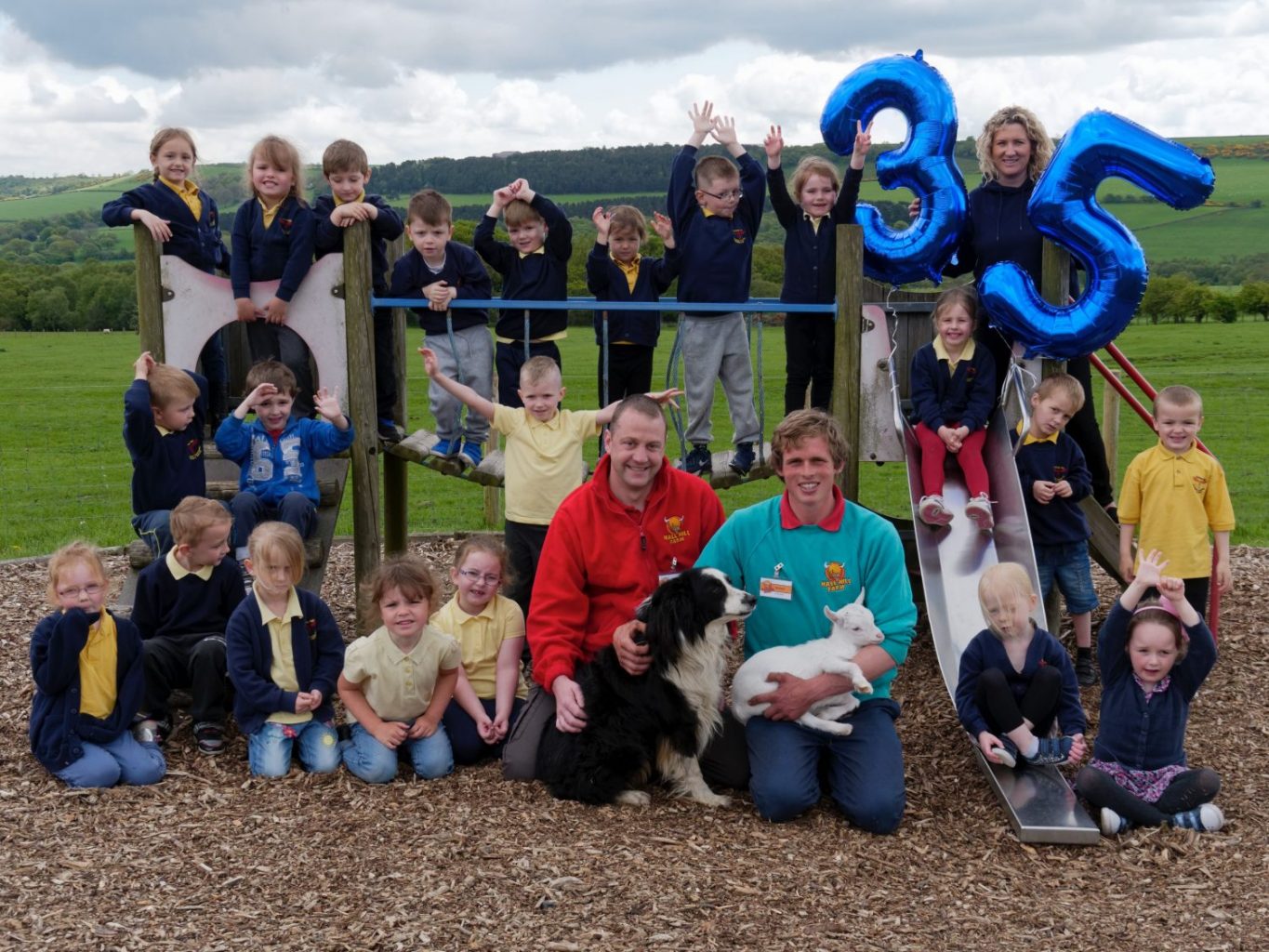 A Durham tourist attraction is celebrating 35 years in the business.

Hall Hill Farm first opened as an attraction in 1981 after inviting people to come and see their lambs during the lambing season. The working farm opened its gates to visitors 35 years ago after showing lots of friends and family around the farm at lambing time – and the attraction grew from there.

“I never dreamt how much the business would grow. In those early days, we were a working farm, just opening at Lambing time so that everyone could see the lambs.  Animals and visitors have always been and still are at the heart of this attraction but we have added more activities and facilities over the years such as the sheep racing, Lamb Cam, crazy golf, Playbarn and jumping pillow,” said Ann Darlington, Tourism Manager, Hall Hill Farm.

“In the first few years we’d get around 6,000 visitors per year but now it’s over 75,000 and we have continued to invest and develop the farm, especially over the past ten years to ensure that we can provide our visitors with an enjoyable, entertaining and educational experience. This is really a celebration for all of our staff and visitors who have supported us through the past 35 years.”

Earlier this year Hall Hill Farm received the honour of being National Runners Up in two categories at the National Farm Attraction Network Awards for ‘Farm Attraction of the Year’ and also ‘Best in Education’. As well as a 10% increase in overall visitors last year the farm was also visited by over 200 schools that brought over 12,000 primary school children for a fun and an educational day out at the farm.

Chris Gething, 39 from Bowburn is the Assistant Manager at the popular Durham farm attraction Hall Hill Farm and the longest serving member of staff outside of the farming family.

Chris first visited the farm in the early 1980’s, as a young boy aged 7, with his Grandad, Eric and it wasn’t long before he began helping out. Eric would drive the Tractor Ride and Chris would help out with the ride and also by bagging up animal feed for the visitors. He has bagged up approximately 12 tonnes of animal feed over the years!

Chris continued to help out at the farm at weekend and holidays whilst he was at Durham Johnston School and New College Durham and even when he started his first job. In July 2006, he jumped at the chance to become assistant manager at Hall Hill Farm and has never looked back.

“The farm has drastically changed over the years”, said Chris. “From what was paddocks of animals with occasional tractor rides to see how the farm worked it has become one of the most popular attractions in the region.

“But what hasn’t changed is the great busy, enjoyable family atmosphere that you find here. Every day is different in some way and what makes it very special is seeing our visitors having a great day out, and seeing them come back time and time again.”

Chris’s mother Ann Gething, also works at the farm in the teashop and has done for over twenty years.

Hall Hill Farm is very much a family business. The 720-acre farm near Lanchester, Co Durham has been in the Gibson family for over 90 years.  John Henry and Edwina Gibson came to the farm in 1925 and it is now owned by Jack & Pat Gibson. Their son David runs the working farm and livery and daughter Ann is the  manager of the Visitor Enterprise.  Grandson Richard is the shepherd.