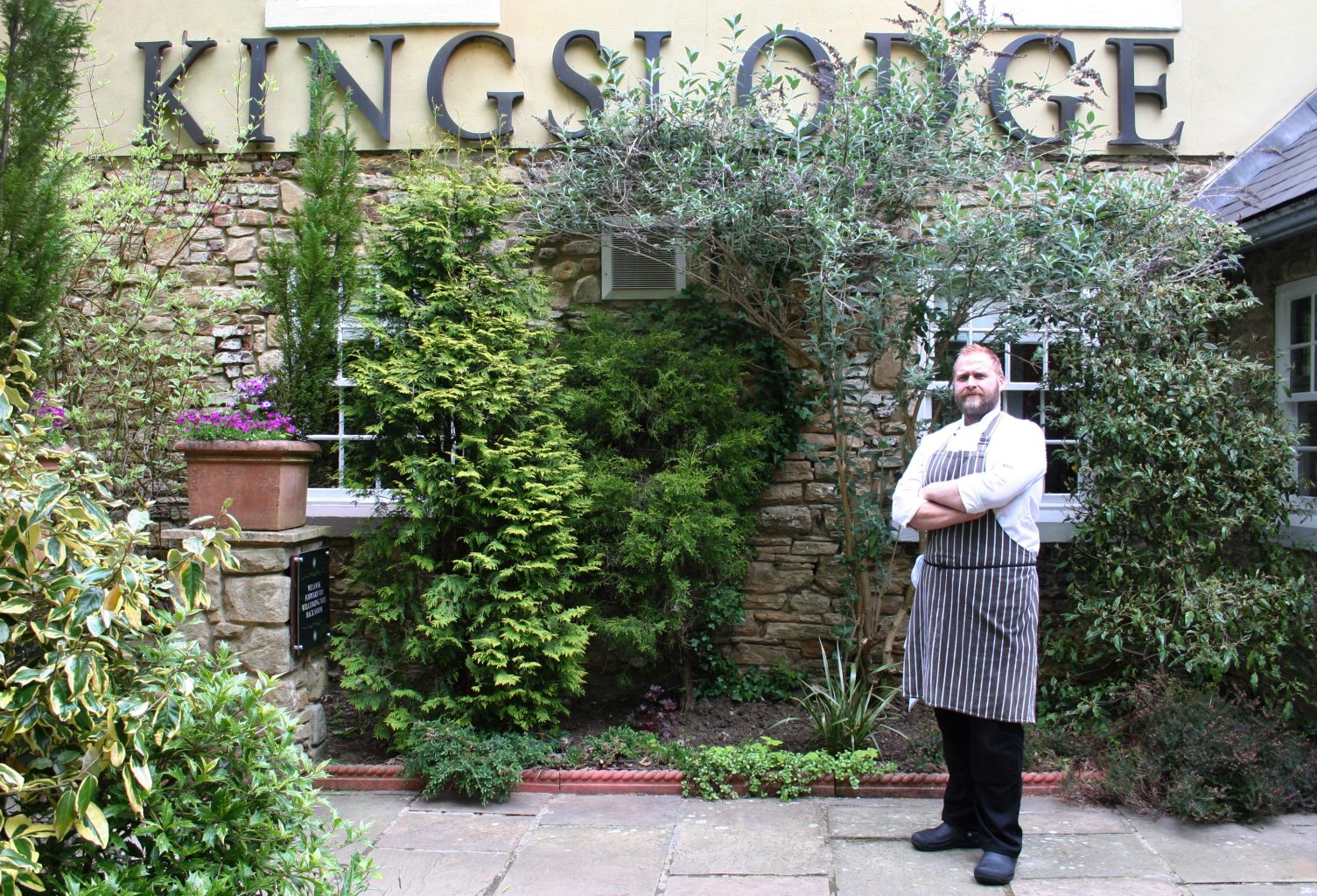 Durham’s newest pub has appointed its first Head Chef to serve up a delicious menu at The Kingslodge Inn.

Christopher Bond, who in past employment has been part of an AA two rosette winning team, has taken the helm of The Kingslodge Inn kitchen, which has already achieved a five-star rating from Environmental Health.

The Kingslodge Inn, which opened last month on Waddington Street in Durham City, is situated on the edge of Flass Vale. It now occupies the site of the former Kingslodge Hotel and Finbarrs restaurant, creating a pub with rooms and with its casual dining offers the perfect place to eat, drink, stay and explore the historic city of Durham.

Christopher, 36, originally from York, and now living in South Tyneside has taken up the post of Head Chef and with his Kitchen Team will be serving high-quality food from 7.30am until 9pm daily.

The Kingslodge Inn menu has traditional classic pub fayre dishes but served with a modern twist. Like many gastropubs and bistro’s, it offers casual dining, where customers will have a relaxed, informal dining experience, ordering at the bar before their high-quality home-cooked food is prepared to order and served to their table.

Leanne Jeffrey, General Manager at The Kingslodge Inn said, “We are really enjoying providing Durham with a cosy and welcoming traditional pub with rooms, in a location convenient to both local people and visitors alike. We have had a great response from local residents and other customers since we opened. And now that we have Christopher in place we are looking forward to adding superb home-cooked food to our offering.”

With over 20 years’ experience in the catering industry including at Lucia’s in York, and over 10 years in management Christopher says it’s the “intensity, creativeness and the pressure” that he loves about his trade.

According to Christopher quality and high standards are the recipe for success and are of the utmost importance; evident in his thoughts about his own favourite food – a bacon sandwich. “It’s the quality of the bacon, which then has to be treated with care, that is the recipe for making it really tasty.”

In keeping with his own love of cooking Mediterranean style food his favourite dish on the menu is the Mediterranean Stuffed Chicken “It is simple and light with a great combination of flavours,” he says.

The current menu offer breakfasts from full English to an omelette, Eggs Benedict to a bacon or sausage sandwich between 7.30am and 10.30 – also open to non-residents. Lighter fare is available from 10.30m onwards with mains, starters and desserts available from 12noon until 9pm. Mains include Steak and Ale Pie, Fish and Chips, Burgers, Steaks, Salads, Gammon, Salmon, Pan Haggerty and other vegetarian dishes as well as a Children’s Menu.

Located just a stone’s throw from the heart of historic Durham city yet surrounded by the peaceful woodland of Flass Vale, The Kingslodge Inn has all the benefits of a city-centre location but with a laid-back, relaxed vibe and convenient, free parking on-site.

The Kingslodge Inn is now part of the multi award-winning Inn Collection Group family of northeast pubs with rooms. The fast-growing hospitality specialist also owns The Lindisfarne Inn near Holy Island, The Bamburgh Castle Inn at Seahouses and The Hog’s Head Inn at Alnwick, The Seaton Lane Inn near Seaham, and The King’s Head Inn at Newton under Roseberry in North Yorkshire; as well as the soon to open The Commissioners Quay Inn in Blyth.