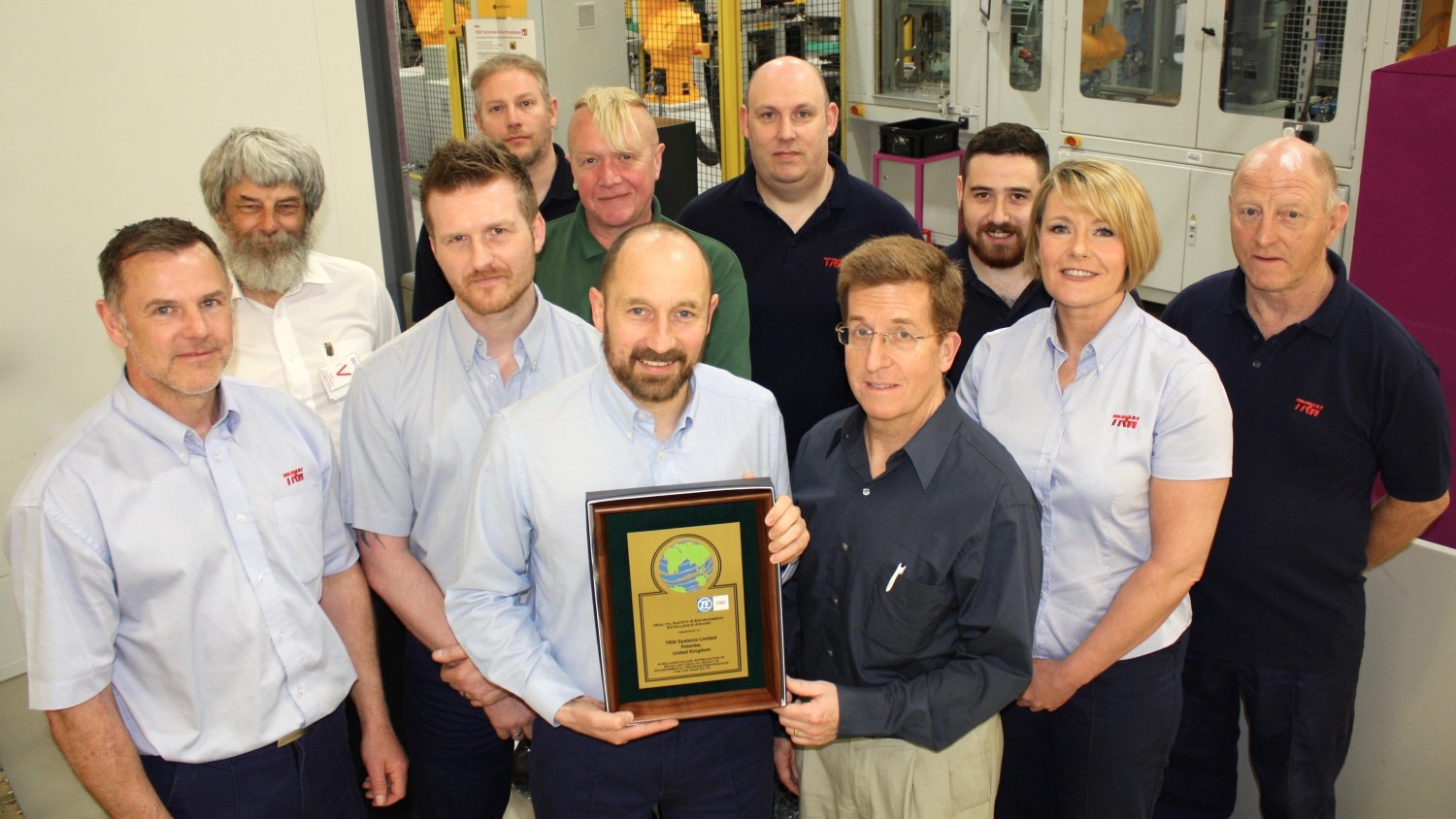 A major East Durham employer is celebrating after being named as one of only seven ZF TRW sites globally to have scooped a prestigious health and safety award.

ZF TRW Peterlee, which develops and produces active and passive safety systems for vehicle manufacturers worldwide, has won the Health and Safety Excellence Award for exemplary performance in 2015. This is the third time the plant has received this award in the past five years, the last time being in 2012.

The accolade given to the Peterlee employees was one of only seven handed out by company bosses from 150 plants worldwide – and one of only two ZF TRW sites in the UK.

Robin Finley, Peterlee plant manager, said: “We’re absolutely delighted to have won this award. I’d like to thank all of our employees for playing their part in gaining this accolade.

“It’s a true testament of their hard work and their dedication to following the correct procedures.

“We manufacture products for vehicles to prevent accidents and save lives out on the road – we don’t want our workers getting hurt making them.

“That’s why this award is so important – not only were we one of only seven globally to have gained this recognition, we were also the only plant in the company’s electronics division to be chosen.

“It just goes to show that there is some great work going on here in Peterlee. This is a welcome boost for ZF TRW, for Peterlee, and the region.”

Hugh Allerton, health, safety and environment director of ZF TRW, congratulated Robin Finley and the workers from ZF TRW Peterlee on the achievement.
He said: “We do not hand out these awards easily, so all at our Peterlee plant should be delighted.

“One eye has always been kept on the ball for safety despite other challenges. It’s all about planning, preparation and execution, and these guys pulled it off.

“I know, because I’ve seen it, that Robin is passionate about safety and it matters to him.”

The accreditation was also given for a number of other key points including ergonomic improvement, energy saving, and scrap and waste reduction.