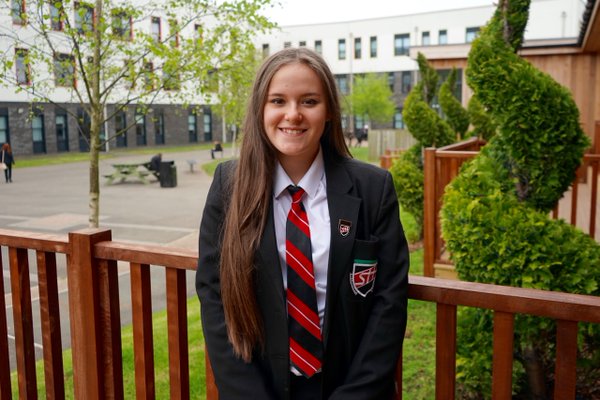 A kindhearted year ten student is cutting off her hair in aid of two charities.

Ceara Sidney, who attends Shotton Hall Academy, has set herself a goal to raise £300 for Cardiac Risk in the Young (CRY) by chopping 14 inches off her hair, which will also be donated to charity.

Every week in the UK, at least 12 young people die of undiagnosed heart conditions and, since its formation in 1995, CRY has been working to reduce the frequency of young sudden cardiac deaths. The organisation supports young people diagnosed with potentially life-threatening cardiac conditions and offers bereavement support to their families.

Ceara sadly lost her cousin to the condition and, since then, she and her family have been raising money for the charity. She will now donate her hair to The Little Princess Trust, which provides wigs and hair pieces for children who suffer hair loss due to cancer treatment.

Ceara planned to do this once she had seven inches of hair to spare, but she now has twice that to donate when it is cut off on 31st May.

She is hoping her donation will help just one or two children who have suffered from hair loss. The monetary sponsorship she receives for the courageous act will go towards CRY.