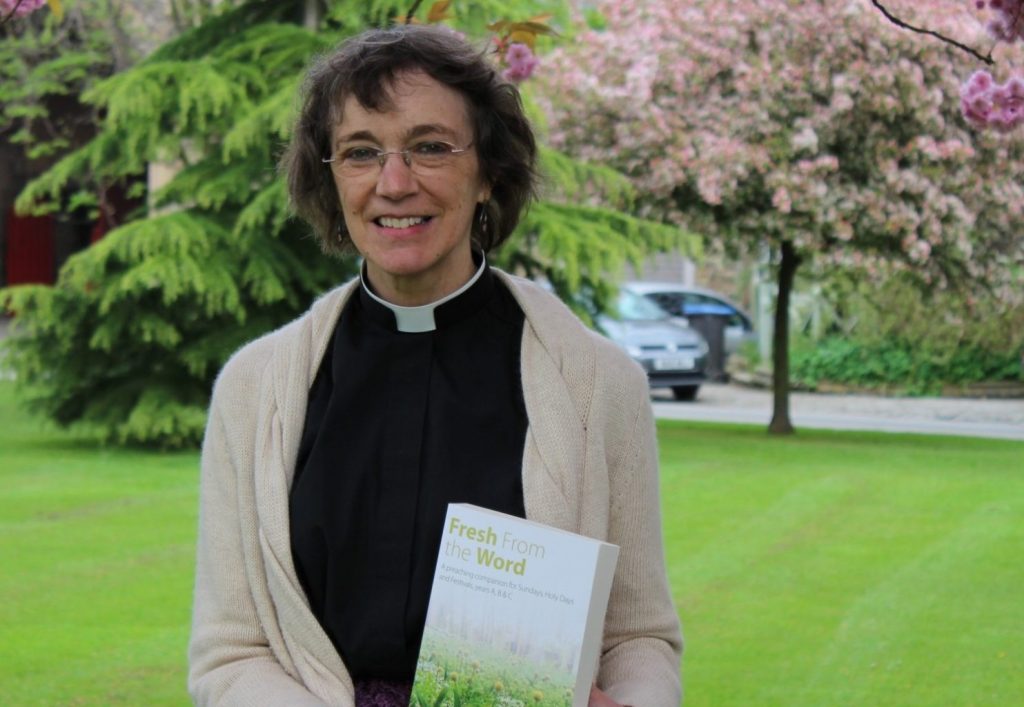 A new book will be launched at Durham Cathedral this weekend, featuring the writings of Canon Rosalind Brown.

Fresh from the Word gathers together the reflections on the lectionary readings that appeared in the Church Times newspaper every week for three years, expanded by an additional section for saints’ days and festivals.

The Revd Rosalind Brown is a Residentiary Canon and Canon Librarian of Durham Cathedral, having previously trained people for ordination in Salisbury. She studied at London University and Yale Divinity School, worked for many years as a town planner before spending some years in the United States, where she was in parish ministry and a member of a Benedictine religious community.

She is the author of a number of hymns and books including: Being a Deacon Today (2005), Being a Priest Today (2002, 2006) written jointly with Christopher Cocksworth, and Can Words Express Our Wonder? Preaching in the church today (2009), all published by Canterbury Press, and Durham Sings! (2009) and Ramsey Remembered: the Durham Years (2010), published by Durham Cathedral.

Canon Brown said: “I was greatly encouraged by the many letters of appreciation I received during the three years I was writing weekly columns for the Church Times. I benefitted enormously from the time spent writing the reflections and hope that this book, which brings all of them together with additional entries for saints’ days and festivals, will similarly be a help to people who want to think more deeply about the Sunday readings that we hear in church week by week.”

The book will be launched and be available for purchase in Durham Cathedral’s shop on Sunday 22 May, after the 11.15am service (about 12.30pm).