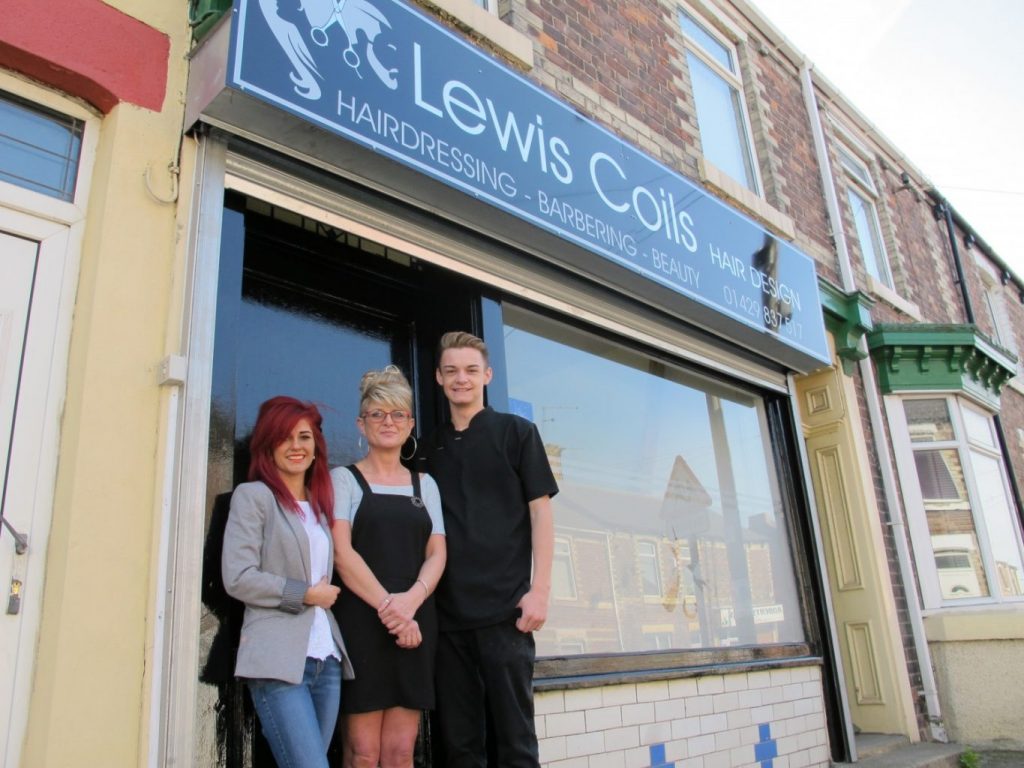 An award-winning East Durham College student has launched his own business as he sets out to complete his final year of qualifications.

Lewis Coils, 20, from Wingate, who earlier this year won first place in the men’s freestyle design category at the national Association of Hairdressing and Therapists (AHT) competition has opened his own store, Lewis Coils Hair Design.

The salon, based in Wingate, opened in April, with barber Lewis currently working alongside two hair stylists and a nail technician.

Lewis completed his level 2 qualification in barbering last year, and is currently studying for the level 3 qualification, which he will complete next month.

He has already worked for a local salon which has helped him build up a great reputation in the local area and a loyal clientele.

Lewis is excited to have his own business and wanted to thank the staff at the college for their amazing support.

Lewis said: “I am really proud of how far I have come since joining the barbering programme at the college.

“It’s been a really exciting time opening the store and I have a fantastic team working alongside me.

“I love what I do and I will do my best to make sure the store is a massive success, we already have a great client base and I hope we can build on that over the next few months.

“The barbering team at the college have been a great supporter of my abilities and I have made some great friends during my time on the course. I am now looking forward to finishing my qualifications with the college over the next few weeks.”

East Durham College barbering lecturer, Alison Scattergood, added: “Lewis is a fantastic student and has worked really hard on his qualifications here over the past two years.

“His new store looks great and I am really proud of how far he has come at such a young age. I can’t wait to see what he goes on to achieve in the industry.”