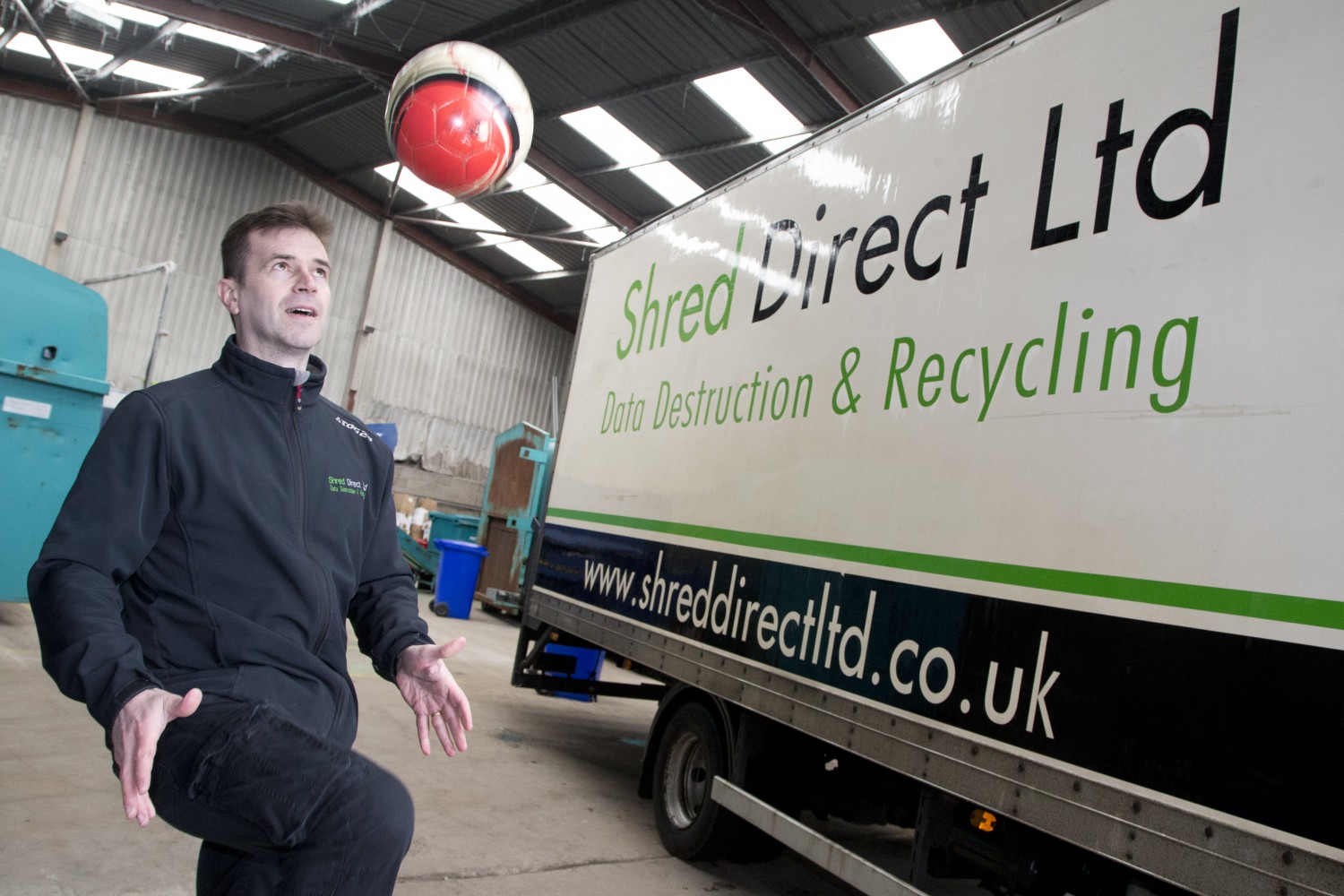 Graeme Carter, from Wheatley Hill in County Durham, arrived at St James’ Park as an apprentice in 1986. The central defender, who also played basketball for English schools, signed professional forms in 1988 but only made three substitute appearances with a persistent shoulder injury hampering his progress.

He had a brief spell with Gateshead before playing and coaching in non-league football with Blue Star, Brandon United and Bishop Auckland FC.

In 2013 he set up a data shredding company, Shred Direct, which in the last 12 months collected, shredded and re-cycled more than 500 tonnes of confidential waste and waste paper.

Graeme, 46, along with his two drivers, make 260 collections per month from businesses and organisations throughout the North East including solicitors, Newcastle Building Society and the boss’s former stomping ground, Newcastle United.

Graeme said: “It seemed strange at first going back there. I suppose it’s only human nature to think what might have been and perhaps – if injuries could have been treated the way they are now, I might have had a longer career.”

But the Shred Direct boss is now entirely focused on his business which this month celebrates its third birthday and has plans for expansion.

He added: “I’ve been doing this type of work for 20 years and during that time there has been a transformation in the way we all work. But despite the increasing use of computers, the idea of a paperless office is largely a myth.”

The advance in technology has also seen a startling growth in computer fraud with thieves becoming more daring.

Earlier this year in Durham, local businesses, the police and the region’s three police commissioners took part in the first North East Crime Summit, which focused on fraud, and the government is so concerned at the level of crime that it has set up a taskforce to tackle it.

One of its members believes the problem is not just the result of cybercrime and phone hacking.

Detective Chief Superintendent David Clark, who heads the City of London police’s economic crime unit, said: “Criminals are continually looking to exploit old and new technology alike to deceive both individuals and organisations into revealing private information that will enable them to commit fraud, sometimes on an industrial level.”