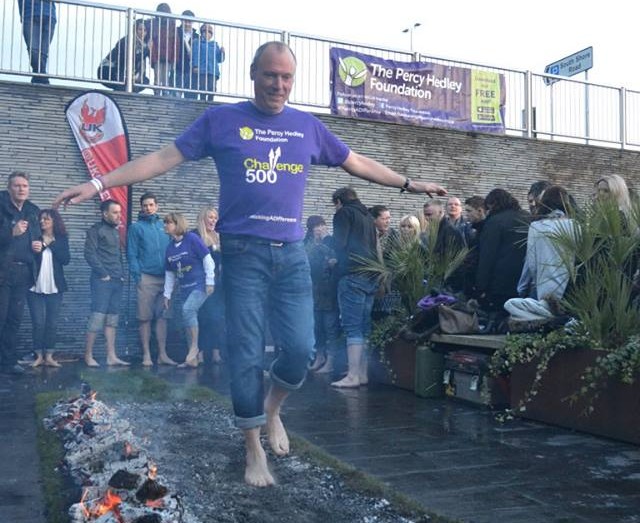 The owner of a North East company has raised more than £700 for a charity that helps young people with special needs through activities including a fire walk and a sponsored kissing event.

Now, Alastair Smith, who runs Print & Mail Runner, which is based in Hexham, Northumberland, is urging more people to take part in the fundraising.

He was one of a number of walkers at the event organised by the Foundation, which recently opened its latest £4m development, including a hydro pool and a residential complex.

Alastair said: “I did not quite know what to expect but I had undergone some training beforehand and it was suggested that I imagine I was stepping out of a tent onto cool, dewy grass, which helped.

“It also helped knowing that other people had done the challenge and were alright, which meant that it did not sound such a mad thing to do. In the end it was like walking across hot sand and I am glad I did it. “

Alastair is heading up another fundraising initiative for the charity, based on his company’s ongoing campaign to love its customers through special offers.

As part of his work with the business group Network North, he invited visitors to the recent North East Expo at the Newcastle Falcons rugby ground to Pucker Up for Percy.

Visitors were invited to plant a smacker on a card to go on a Kissing Wall and the winning card received a prize. The event raised £420.

The events were part of Percy Hedley’s Challenge 500 initiative, where participants take £500 and increase the amount for the charity and Alastair said: “Pucker for Percy event went really well so we are continuing to support it to raise even more money.”