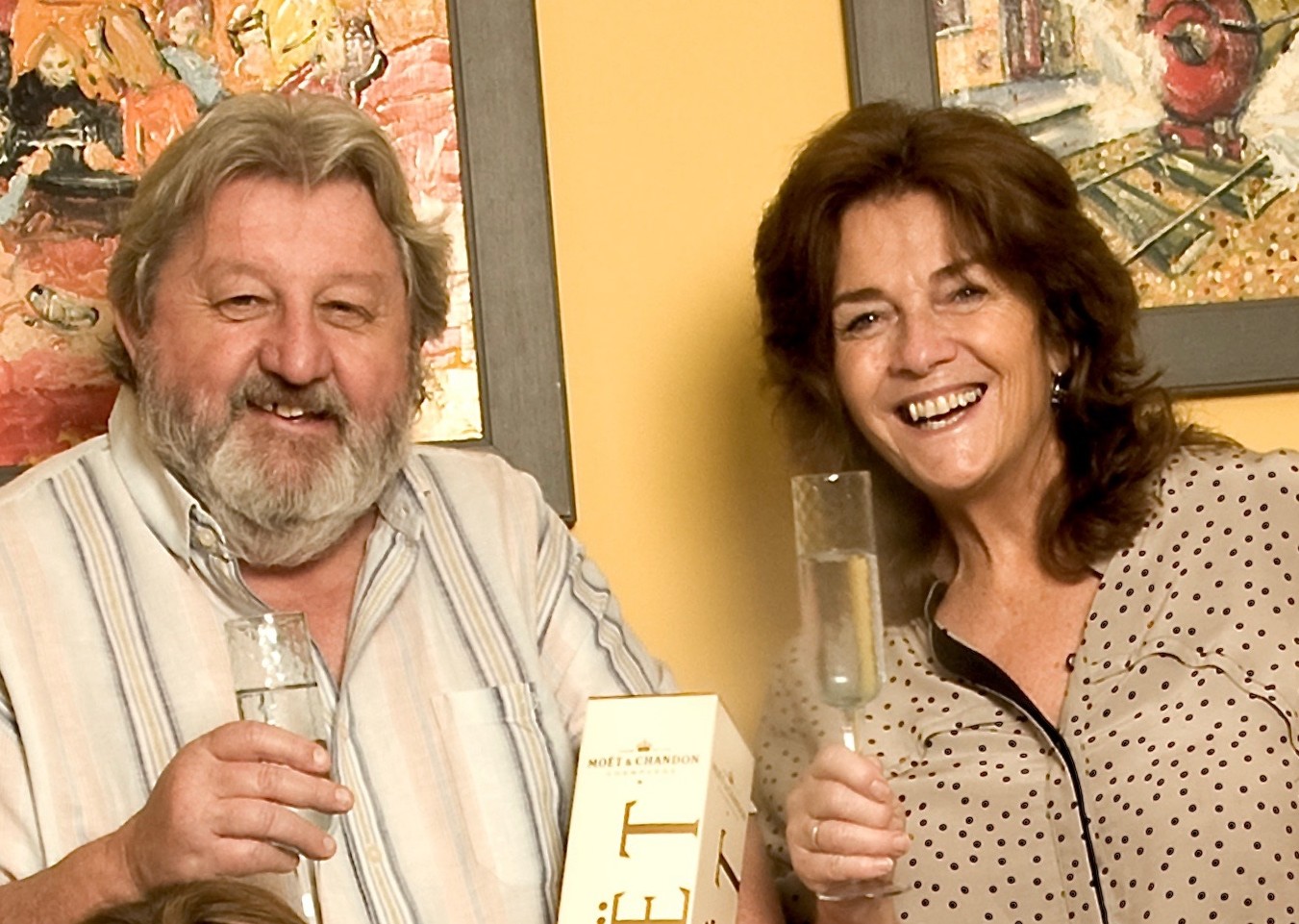 A mum-of-four whose teaching career spanned five decades has gone into semi-retirement – now running a luxury bed and breakfast with the love of her life.

Pauline Gill sits on a vintage arm chair in the living room of her 18th Century home – a former post office which has been transformed into an award-winning bed and breakfast, aptly named, The Old Post Office, in Lanchester, Durham.

Surrounded by a plethora of utterly charming furnishings, the very beautiful 63-year-old speaks about her life and how she took the decision to retire from the job she once loved.

Pauline, born in London’s East End, started her teaching career in 1976 when she qualified as an English and Drama teacher in Belfast, Northern Ireland. She then moved to Saudi Arabia with her first partner, where she taught English in schools for two years before returning to England to raise her children. In January 1984, Pauline returned to Northern Ireland, moving to a town called Ballycastle, at the height of the country’s Protestant and Catholic struggles.

She became involved in the Corrymeela Community and the establishment of a religiously-integrated school – Mill Strand Primary School which is still going strong today, alongside a secondary school of the same name.

“Northern Ireland in the 70s and 80s was like living in a war zone,” she said. “People wanted change, and we felt strongly about setting up a school where children could come together and be educated regardless of their religion, learning tolerance and understanding in the process.

“Along with a group of like-minded parents we organised a meeting about setting up a school and we set out 50 seats. Over 200 people turned up – solicitors, bank managers, builders, anybody you could think of, and they were all saying they wanted to change things. They were sick of the situation and wanted a better future for their children.”

A Trust was established, a fundraising drive launched and an old house was bought which was converted into a primary school in 1986.

Pauline – by then a mum-of-four – was the first teacher at the school with just seven children in her class.

In 1991, Pauline – who had been a single parent for two years – was due to start teaching at the Trusts second school in Londonderry called Oakgrove Integrated School.

But fate stepped in and she went on a blind date with her now husband, Keith Gill, the love of her life, who she described on first sight as being “a quirky little chap”.

The pair hit it off immediately, and Keith, a single dad-of-one, invited Pauline and her children over to Durham for a holiday.

The tight-knit family went on to lead a happy life in the North East of England, with Pauline undertaking regular supply teaching.

As the children got older, Pauline’s career shifted – and she started volunteering for Durham Citizens’ Advice Bureau (CAB), before gaining a part-time paid role as a volunteer trainer, and then, in 1998, an advocate for social services users.

In 2001, she became deputy manager of Durham CAB, and the following year she and Keith decided to buy The Old Post Office, which was a functioning post office as well as their family home.

“The bed and breakfast wasn’t even a thought at that time,” said Pauline. “I left CAB and managed the post office for a year but it wasn’t very lucrative and I didn’t enjoy it a great deal so I had to get another job.”

That employment was with Developing Initiatives Supporting Communities (DISC) where she worked until she was made redundant in 2009.

Then from there she went full circle back into education, landing a job as an English & Drama teacher at Grindon Hall School, in Sunderland, the first free school in the North East.

During the four years that she worked there, Pauline boosted drama GCSE grades phenomenally with 100 per cent of pupils gaining an A-C grade, by the time she retired in July 15 from teaching.

And she is glad she did.

She now enjoys a more creative and relaxing life, combining running the award-winning accommodation with Art classes and Amateur Dramatics.

The glamourous grandmother is even set to perform in Durham Dramatic Society’s production of Over My Dead Body by Derek Benfield, husband of Hetty Wainwright.

“I’m so much more relaxed,” she said. “I still have my work to do for The Old Post Office, but it gives me so much more flexibility and allows me to undertake my passions of art and acting.

“I’ve put a lot of work into my family and career over the years, now is a time to relax a little more and enjoy what I’m doing.”

The Old Post Office opened its doors to guests on June 21 2014, and recently celebrated its 1000th guest in less than two years.

It has attracted visitors from across the UK and the world, including Australia, New Zealand, Thailand, China, and Argentina.

The husband-and-wife duo have always maintained a ‘local’ pledge when it comes to their high-end bed and breakfast, with all of the food being sourced from the area. The eggs used for guests’ breakfasts are laid fresh from their own hens which roam freely in the extensive gardens.

Guests can choose from three luxury rooms, all themed around post office stamps – The Penny Black, The Penny Red and The Two Pence Blue.