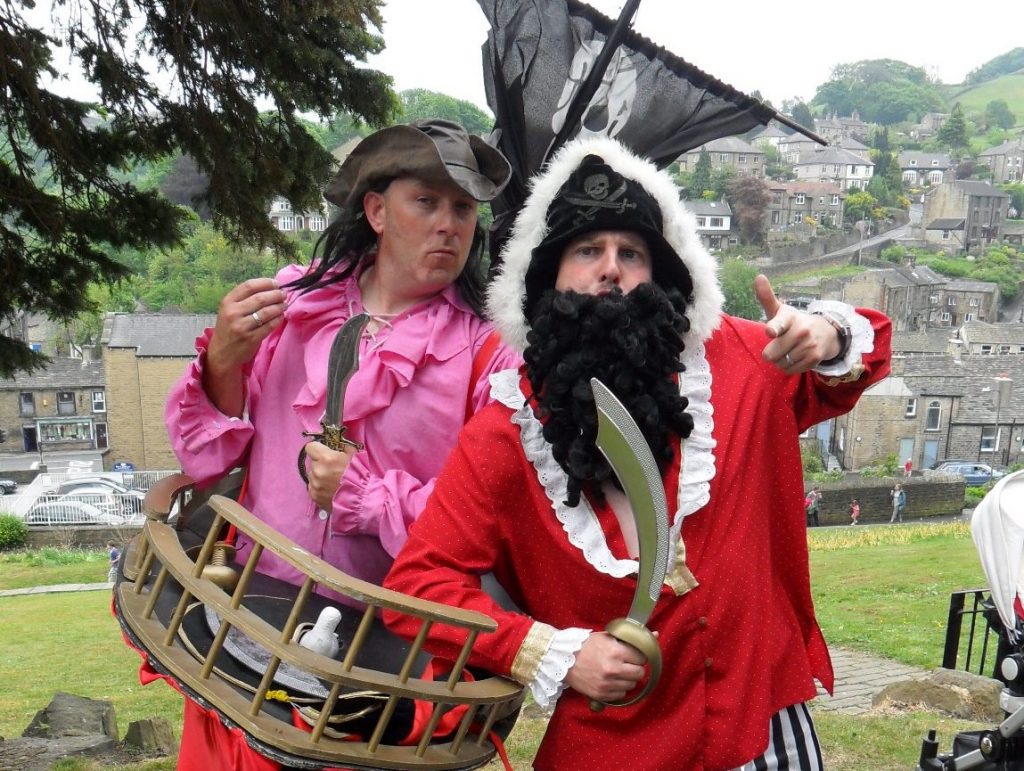 During May half-term families are invited to explore the beautiful coastal surroundings of Crimdon Dene at a free pirate-themed arts activity trail.

Pirates of Crimdon Dene – The Treasure of Many Happy Returns is imaginatively based around a fictional tale about pirates who would return every year to this coastal hide-away to show-off their bounty and share stories of daring-do on the high seas. Over the two days visitors will be led along coastal pathways down into the leafy Dene to discover a pirate world full of hands-on activities and entertainment, including story-telling, arts & crafts, a treasure hunt, workshops, comedy walkabouts from The Bread and Butter Theatre Company, a pirate talent show with Circurama and a live theatre experience by Dodgy Clutch Theatre Company.

The Heritage Coast Partnership commissioned East Durham Creates, a cultural programme which aims to get more people involved in arts and creative activity, to produce an outdoor event to feature as part of their Reach for the Beach Outdoor Festival (Saturday 28 to Sunday 5 June). This new event has been devised especially for the people who live here, using a fun and artistic pirate theme to appeal to family audiences. The idea of ‘Many Happy Returns’ harks back to Crimdon Dene’s former days as a popular resort for many East Durham communities and hopes to stimulate the same effect with current residents.

The Crimdon area has a long colourful past of fun and escapism, due to its rise as a popular holiday destination from the 1930s up until its decline in the 1980s, as foreign travel increased. In its hey-day, miners and their families would flock from nearby towns and villages, on account of its affordability for low-income workers. It became famous for its annual gatherings, which attracted hundreds of visitors, who enjoyed highlights such as the Miss Crimdon beauty queen contest.