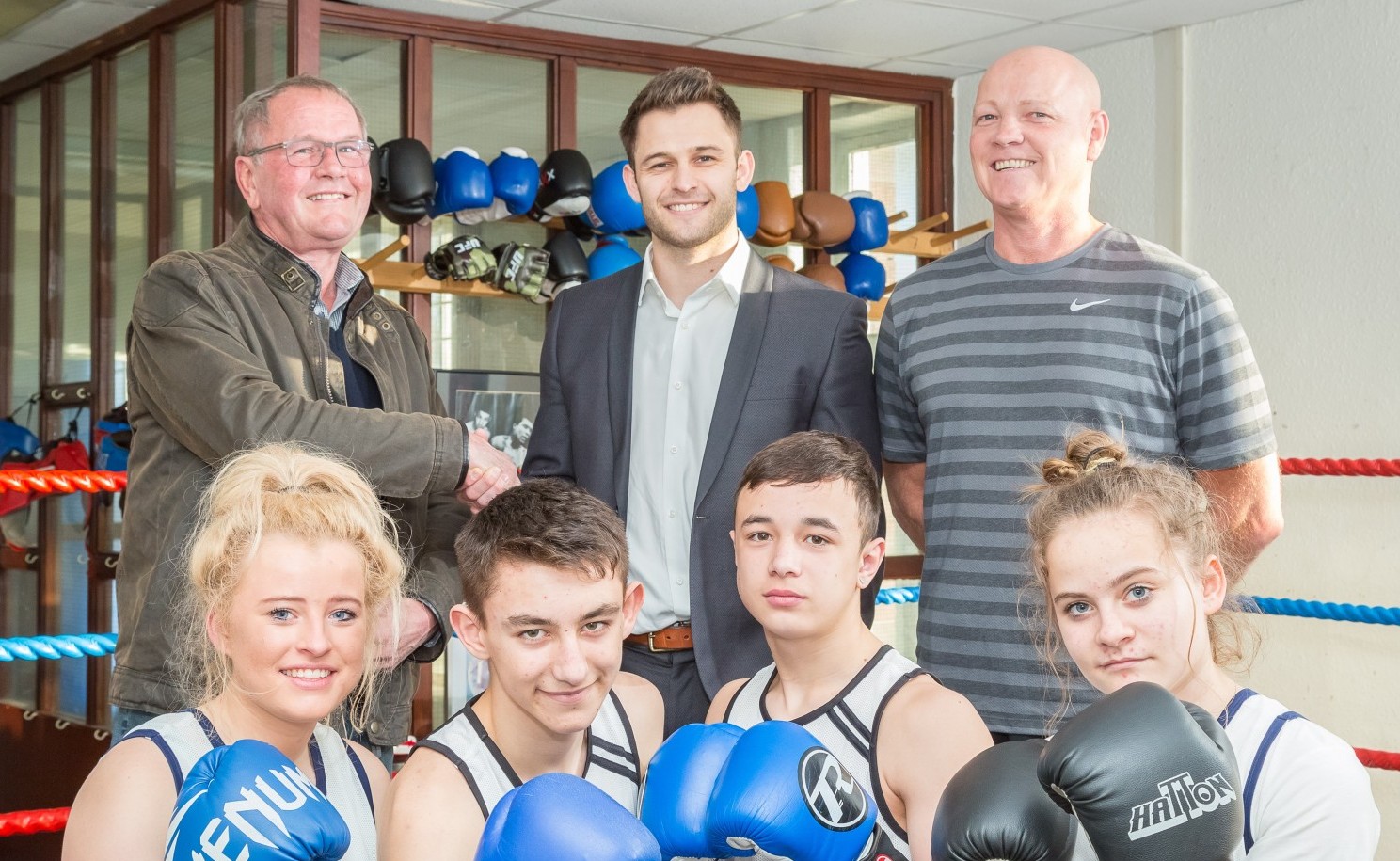 Great Annual Savings Group (GAS) has teamed up with a local sporting club to develop the next generation of boxing talent.

The Seaham-based cost management specialist has made a cash donation to Houghton and District Fitness and Youth Boxing Club, which is open to males and females over the age of ten.

The money is the latest to be donated in sponsorship by the group, which has a strong record of supporting local sporting teams for both adults and young people. Other beneficiaries have included several local sporting clubs, such as Hetton Lyons Cricket Club, Castle Eden Cricket Club, Spennymoor Town Football Club, Mixed Martial Arts show ‘Made 4 The Cage’ and other schools and sports teams.

GAS CEO and chairman Bradley Groves, a former footballer who is now chairman of Spennymoor Town FC, said: “As a company we’re active supporters of grassroots sport in the North East. Many local sporting clubs are struggling to survive and rely on donations from individuals and businesses in the area.

“We are delighted to support Houghton boxing club, which does some fantastic work in the local community. It provides a safe environment for youngsters to keep fit, improve their boxing skills and learn transferable skills such as teamwork and effective communication.”

Formed in 2009, the club now has around 50 members and stages boxing shows across the region. As well as teaching youngsters how to box, it also educates them about the value of general fitness and lays on a range of other activities such as mountain biking and kayaking.

Head coach Kenny Allen said: “We’re extremely grateful for the donation and support from GAS, which is well-known for supporting local sports groups. Our running costs have risen in recent years and we rely on the generosity of Bradley and other people to help fund the cost of equipment, transport and staging events.

“The club provides an important service to the local community. It keeps children off the streets, educates them about health and fitness and helps to reduce anti-social behaviour.”