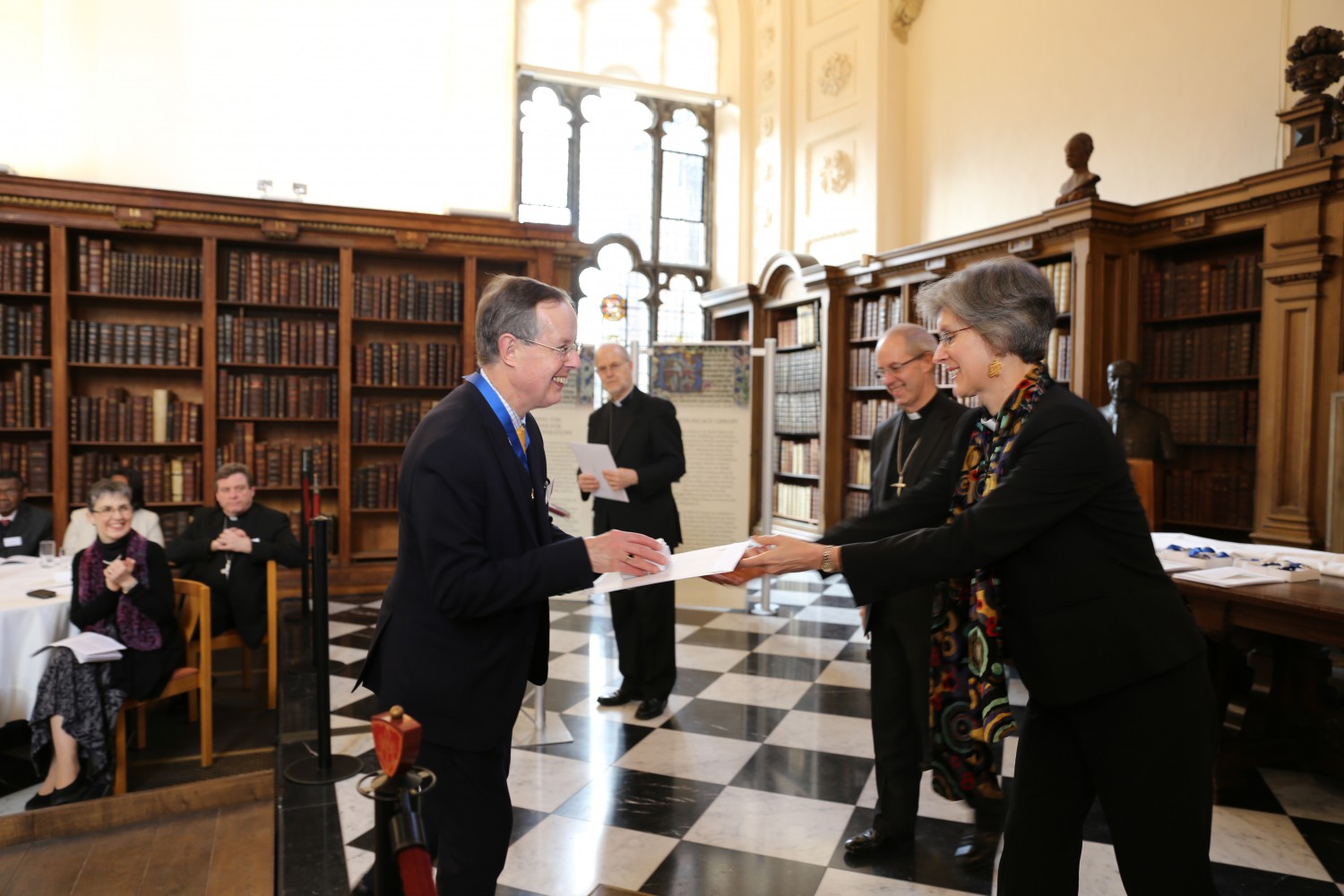 Durham Cathedral’s Master of the Choristers and Organist, Dr James Lancelot, has been honoured with a prestigious award from the Archbishop of Canterbury, for outstanding service to the church.

Archbishop Justin Welby (formerly the Bishop of Durham) presented the awards, which recognise outstanding service in different fields, including those of Archbishop Justin’s ministry priorities: prayer and the religious life; reconciliation; and evangelism and witness.

The new suite of awards consist of three existing Lambeth Awards – the Lambeth Cross, the Canterbury Cross and the Cross of St Augustine – and six new awards named after previous holders of the office of Archbishop of Canterbury.

Forty people received the awards, many Christians but some of other faiths. Recipients included religious, political and community leaders, musicians and others.

James was awarded The Cranmer Award for Worship in recognition of his work over forty years in cathedral music and in particular his ministry in music at Durham Cathedral where he has worked with the cathedral choir. He said: “The news of the nomination for the Archbishop of Canterbury’s Cranmer Award came to me as a complete surprise and a great delight, not least because it reflects happily on our beloved Cathedral. Archbishop Justin made every one of the award recipients warmly welcome at Lambeth Palace through his personal kindness; it was a special joy to see him and his wife once again and to be reassured of the very special place Durham clearly has in their hearts.”

James’ musical career started when he was just three years old, having piano lessons at home. Singing in the church choir progressed to becoming a Chorister at St Paul’s Cathedral in London at the tender age of eight years old.

Following an education at Ardingly College and later as Organ Scholar at King’s College Cambridge, James was appointed Sub-Organist of Winchester Cathedral in 1975.
It was in 1985 that James came to Durham Cathedral where he became responsible for the Cathedral’s musical ministry, at the heart of which are the services sung daily by the Cathedral Choir.

During his tenure as Master of the Choristers and Organist, James has successfully introduced girl choristers into the Cathedral and maintained the choir’s reputation as one of Britain’s leading cathedral choirs.

James is also Immediate Past President of the Incorporated Association of Organists, a Lay Canon of Durham Cathedral, Honorary Fellow of the Guild of Church Musicians and holds an Honorary Doctorate from Durham University.