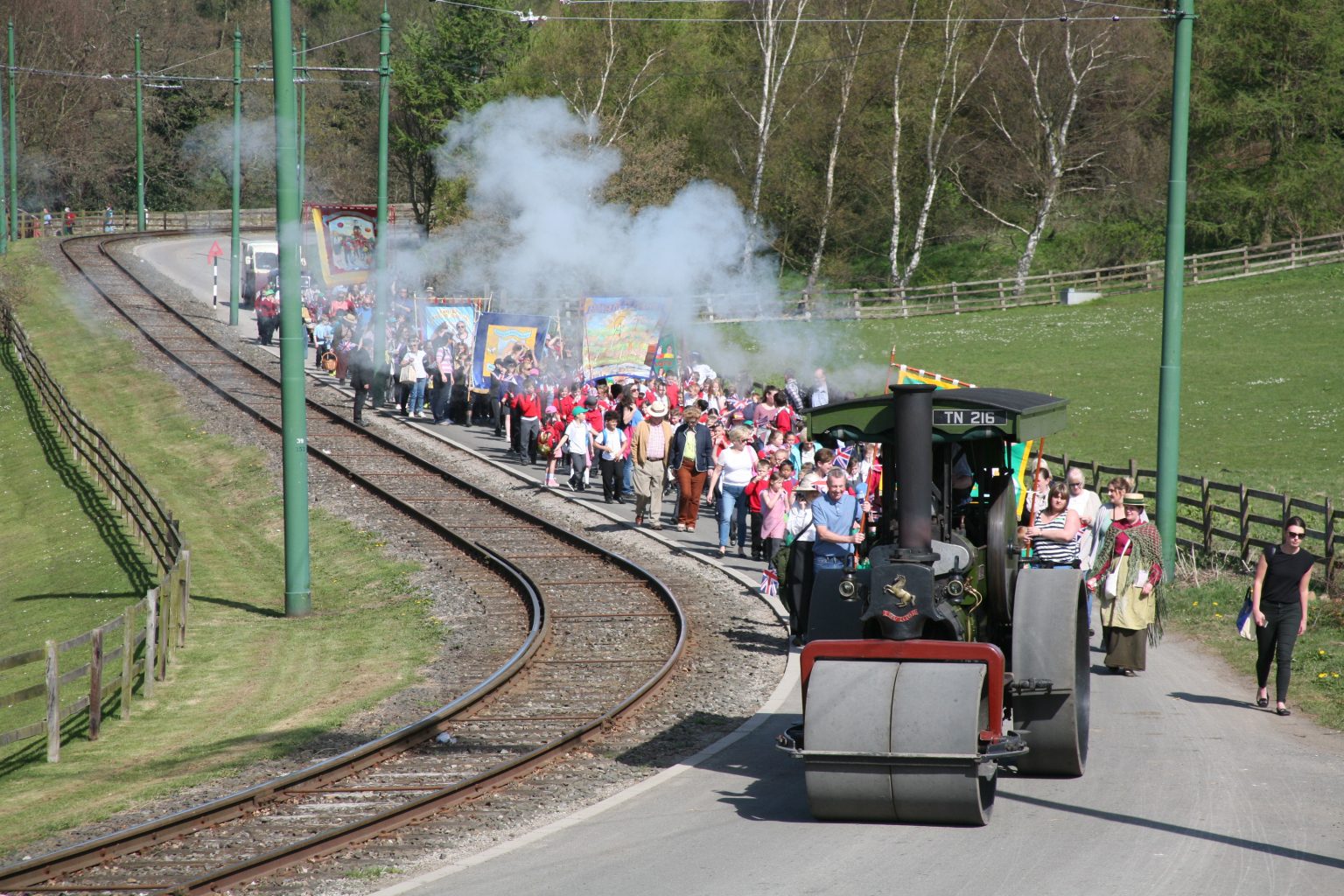 Visitors will discover how North East mining towns and villages supported the First World War effort during a five-day event at Beamish Museum.

A magnificent fund-raising parade held by a colliery community in 1915 will be recreated during Old King Coal, which runs from 20th to 24th April.

Old King Coal celebrates the North East’s rich mining heritage and this year, as part of the Great War Festival of Transport, shows how the region’s mining communities rallied round to support the troops during the First World War, while keeping industry going at home.

A parade was held at Sherburn Hill, in Durham, in September 1915, including a band of costumed cyclists – featuring a pirate, with a bike decorated as a ship – and a retired pit pony pulling a tub.

Visitors at Beamish will be able to join the parade at 2pm on Saturday and Sunday, which will include cyclists, musicians, banners, a pit pony and even the pirate and ship. Visitors will be able to make mini banners and help to create a miners’ banner for the parade during the weekend.

Gemma Stevenson, Community Events Officer, said: “This year’s Old King Coal gives us a chance to celebrate and commemorate the contribution that pit villages and communities in our region made to the First World War effort on the home front.

“We’ll be telling the story of the huge effort made by towns and villages to support the war effort, while still keepinag the wheels of industry turning at home.

“Colliery villages sent many hundreds of men off to fight, while continuing to produce as much coal as possible for the war effort, to power the country, its shipping, industry and munitions production.

“There will be lots of things to see and do during Old King Coal, including parades, banners, brass bands, singing and a pirate ship – come and join us!”

Old King Coal runs from 20th to 24th April, from 10am to 5pm and is the final event of the Great War Festival of Transport.