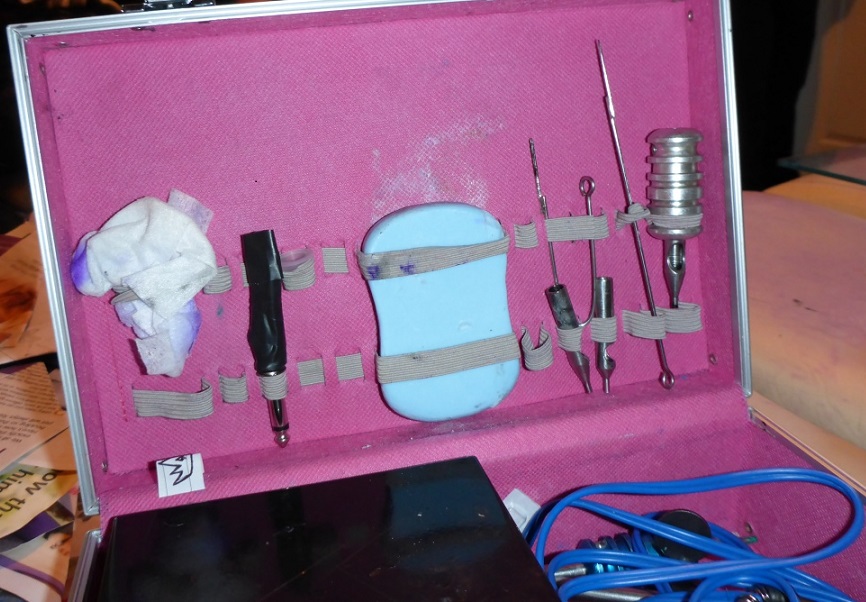 Raids on three properties in County Durham by council officers have resulted in two people being prosecuted, one accepting a caution and two other illegal operators voluntarily surrendering their equipment.

The action, taken by Durham County Council’s Environmental Health and Consumer Protection Team, was carried out as part of the ‘Catch a Scratcher’ campaign.

Illegal tattooing by unregistered tattooists or ‘scratchers’ can result in scarring, infections and increase the risk of blood borne infections such as HIV and Hepatitis B.

During the raids, officers seized over 30 bags of equipment including 15 tattoo machines and hundreds of needles, many of which were out of date. Other tattooing equipment was also found at the properties including a treatment bed and chair, inks, sharps boxes and a fast food bucket that was being used to store contaminated waste. Officers were also concerned that no suitable sterilization measures were in place at these premises.

Joanne Waller, Head of Environment, Health and Consumer Protection said: “Illegal tattooing carried out by ‘scratchers’ puts members of the public at an increased risk of catching infections or being scarred by poor tattooing practice.

“Unregistered tattooists are trading illegally and I strongly advise anyone who is thinking of getting a tattoo not to use these unregulated operators. We’d urge anyone with any concerns regarding any tattooist who is, or isn’t registered to contact us.”

Members of the public should only use premises that have been registered with the local authority. Those operating in County Durham can be found by visiting www.durham.gov.uk/tattooists

The ‘Catch a Scratcher’ campaign is ongoing. Anyone with information on illegal tattooing should report it to the council’s Safety and Occupational Health Team on 03000 261016, emailing ehcp@durham.go.uk or by using ‘Report it’ on the council’s website.