Masterclasses feature The Science of Beer at food festival 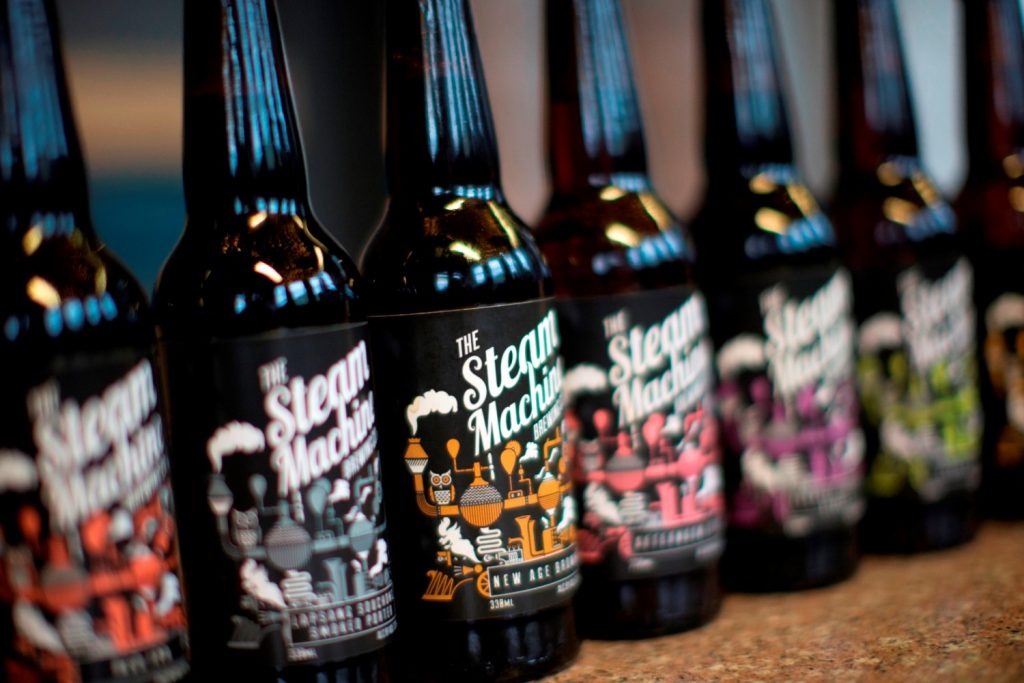 From a refreshing California-style lager to a smoked porter infused with lapsang souchong tea leaves – no two beers taste the same!

That’s the promise from a former science teacher – turned master brewer – about his specialist beers which are bound for Bishop Auckland Food Festival (BAFF) later this month.

Established by husband and wife Nick and Gulen Smith The Steam Machine Brewing Co., based in Newton Aycliffe, produces bold flavoured beers which are engineered in the heart of the industrial North East.

As well as exhibiting alongside 150 other producers at BAFF on April 23 and 24, the pair will be delivering masterclasses. With tickets available now at just £5 each Nick’s keen to give would-be brewers a taste of what’s on offer: “We are running three masterclasses – ‘The Science of Craft Beer’, ‘Designing a Craft Beer’, and ‘How to Start a Brewery’.

“They’ll appeal to anyone with an interest in beer, applied science, business startups, entrepreneurial spirit, or budding home brewers. There’ll be time for questions and a few beers too!

“We love interacting with the public and it’s a chance to meet like-minded passionate individuals and hear about their own projects.”

But what does Nick think is special about exhibiting at Bishop Auckland Food Festival? “Whilst one half of Steam Machine is from Istanbul, the other went to school in Bishop Auckland and it’s exciting to be sharing the festival with other unique producers.

“There’s a fantastic artisan movement happening around the North East at the moment and it’s great to be part of it. As well as the cracking venue, we can’t wait to interact with the public!”

Cabinet member for culture and economic regeneration, Cllr Neil Foster, said: “This year we have a wide range of masterclasses from cheese making to Nick’s beer crafts and wine tasting to charcuterie. They offer the chance to have some foodie fun but they are also an opportunity to learn from people who have started up their own businesses and to take inspiration from these experiences.”

Nick Smith again: “Inspiration can literally come from anywhere! We have been inspired by international brewers, from food, historic extinct beers, and just strange ideas that pop into our heads. The brewing process is a beautiful marriage between complex science and art. It never gets dull.”