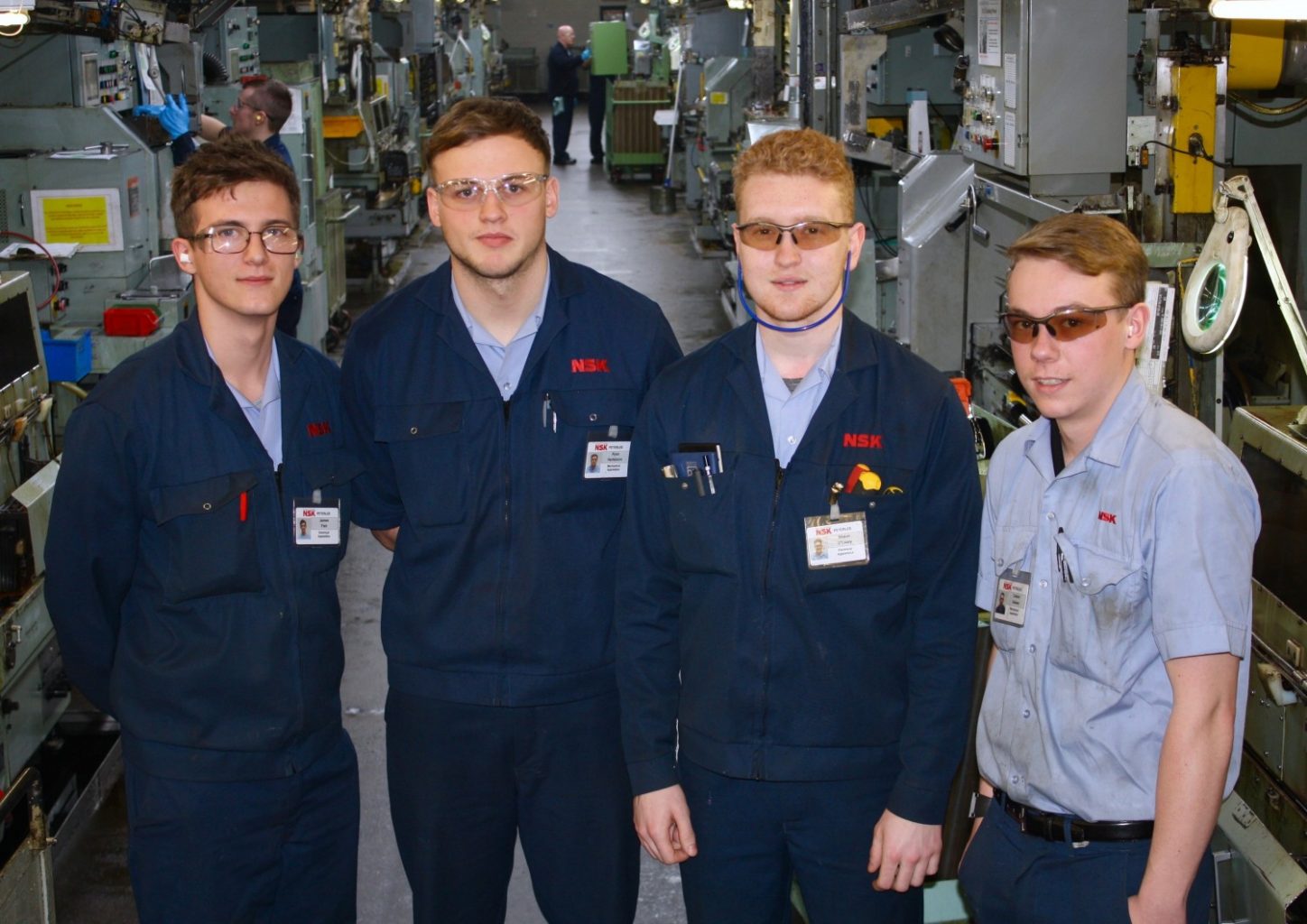 Four young men have been thrown an employment lifeline by NSK Peterlee after losing their previous placements in the closure of SSI.

Shaun O’Leary, 19, James Fish, 19, Ryan Hartshorn, 20, and Callum Gaines, 19, were four out of 50 apprentices to lose their apprenticeship positions when the Steelworks on Teesside folded in October last year.

They were out of work for two months when they were given an opportunity to complete the fourth and final year of their apprenticeships at NSK Peterlee, as part of a £1.7m grant by the Government to help those affected.

A total of 10 applicants applied for the roles, but NSK bosses offered two electrical apprentice positions to Shaun and James, and two mechanical apprentice roles to Ryan and Callum.

The four young workers told NSK Local that they were both “relieved” and “delighted” to have been offered the jobs.

Ryan said: “It was a total relief because we didn’t know what was going to happen, and the thought of wasting three-and-a-half years of hard work on our apprenticeships was soul destroying.
“We’re so grateful to be given this opportunity by NSK.”

NSK plant engineer Malcom Waites said: “It felt good to be able to take them on because if they didn’t finish their apprenticeships then all of their hard work would have been a complete waste.”

The four will complete their apprenticeships in July.