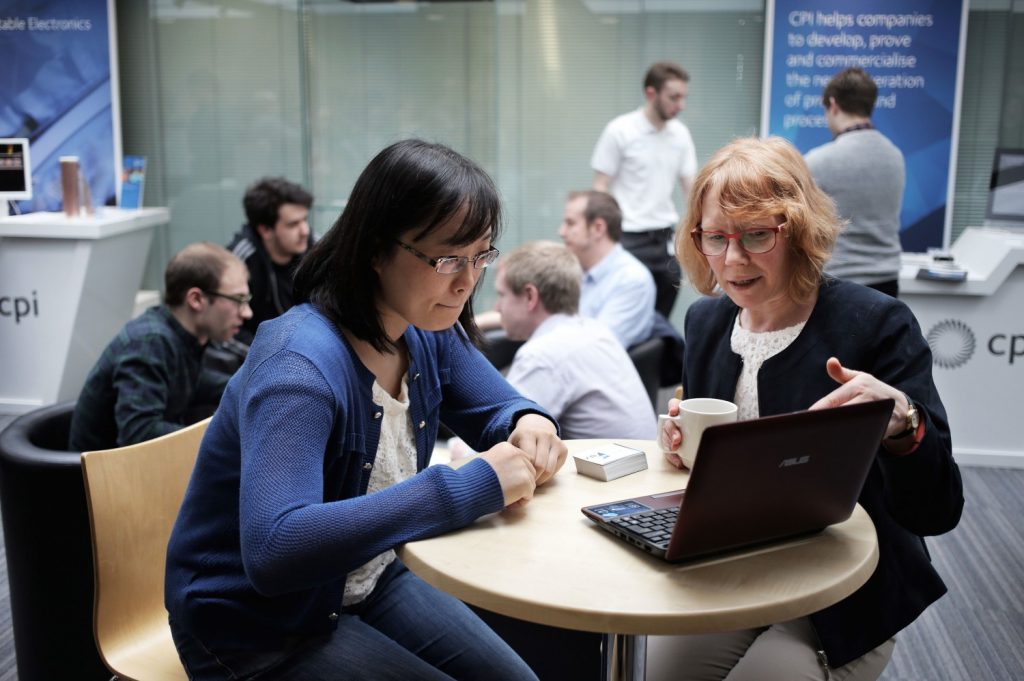 Talented physics students met business leaders from some of the region’s most innovative companies as part of a bid to keep their skills in the North East.

An event was held at NETPark, (the North East Technology Park), in Sedgefield, to help increase the profile of, and the relationship between, physics students and regional science and tech employers who are interested in recruiting physicists.

The event was organised by Business Durham, the economic development company for County Durham, the Institute of Physics, White Rose Industrial Physics Academy and the Universities of Durham and Northumbria and was held at the National Printable Electronics Centre, managed by CPI.

Dr Alex Brabbs, Regional Officer (North East and Yorkshire) for the Institute of Physics, said she wanted to raise general awareness of physics based careers because students often came through school with a low awareness of the opportunities studying physics provides.

“NETPark is a hive of physics and STEM based high-tech companies and we know some of those companies are looking for physicists. We want students to know that actually there are jobs available for them in the North East. We see them leave the region thinking there’s nothing for them here and that’s not the case.

“Physicists are employed throughout a huge range of sectors and often students don’t realise that it’s the soft skills they develop during their time at university which are of value to companies. They’re highly analytical, numerate and enjoy solving problems for example and many employers are just as interested in these skills as the modules they have taken.

The physics students, from the universities of Durham, Northumbria and York, heard TED-style talks from Dr Margaret Harris, reviews and careers editor from the Institute of Physics Publishing, and Dr Emma Banks, CEO of Datatrial and NELEP Skills Board on the broad range of careers available to physics students as well as the high-tech opportunities available in the North East.

It was followed by a CV skills training workshop led by Peter Fox, adviser in the Careers, Employability and Enterprise Centre, University of Durham and a Q&A with employers.

Catherine Johns, Business Durham’s director of innovation and business growth, compered the event and said: “It’s vital that students at our universities in the North East understand the vast range of opportunities which are available to them – otherwise they’ll take their talents elsewhere. We have a thriving science and tech community in the North East and they can play a key part in its growth over the next few years.”

Dr Andrew Hirst, project manager of the White Rose Industrial Physics Academy, a partnership between the universities of York and Sheffield and focused towards enhancing the industry-relevant skills of physics graduates, said: “Developing stronger relationships between industries and university physics departments is critical to support the economic growth of businesses, not only through collaborative R&D, but also by encouraging talented physics students to pursue a technical career.”