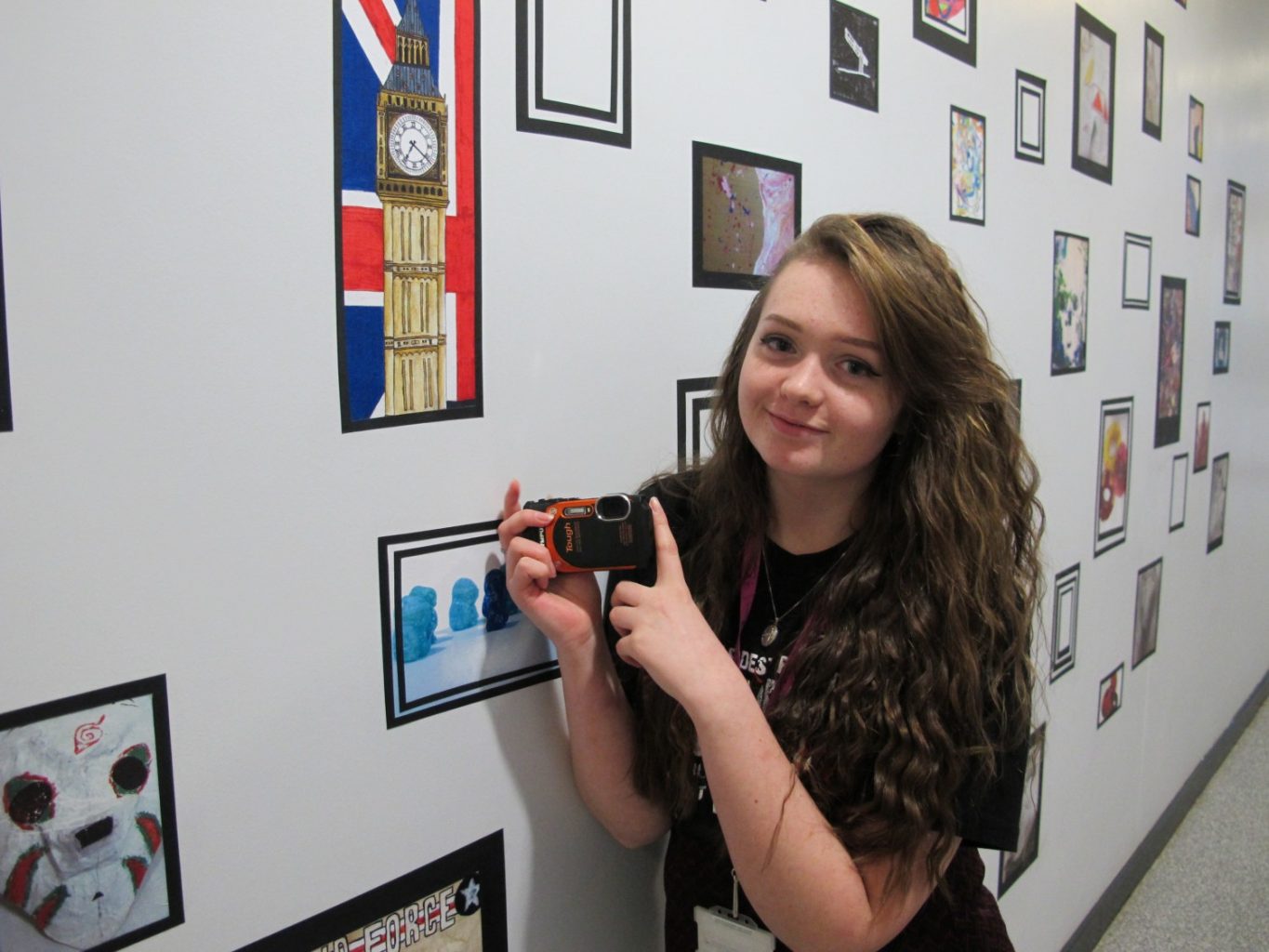 Megan Ogden, 16, from Shotton Colliery, who is studying photography, fine art and psychology at ED6 in Peterlee, was announced in the top three winners of the Exhibtr 2015/16 Student Photography Competition sponsored by Olympus.

The theme of the competition was ‘Fashion, Beauty & Lifestyle’ encouraging students to show off their ability to compose a great image and Megan was one of literally thousands of entries.

The national competition was open to all full time and part time students, so the fact Megan finished third ahead of many entries from university students and adult learners makes the achievement all the more impressive.

The Exhibtr judges were R Cleveland Aaron, Jay McLaughlin and Nico Goodden who are all Olympus Ambassadors and Visionaries and they said the shortlisting and judging process was extremely difficult as the standard was so high.

Megan, a former pupil at The Academy at Shotton Hall, bagged third place for her image ‘Back Yard Junkie’ and won an Olympus STYLUS TG860 worth nearly £200.

Talking about her winning image she said: “Personally, what I specifically like about this image is how he is the main subject with the street behind him.

“The idea of this image represents an element of today’s youth culture in my area, who believe it’s ‘cool’ to use depression as a trend whilst smoking cigarettes, getting stoned and off their face with alcohol, thinking there is nothing else to life than being deep sad and getting high.

“My opinions of this image is that it demonstrates the stingy life of these youths because it’s quite dark and miserable.”