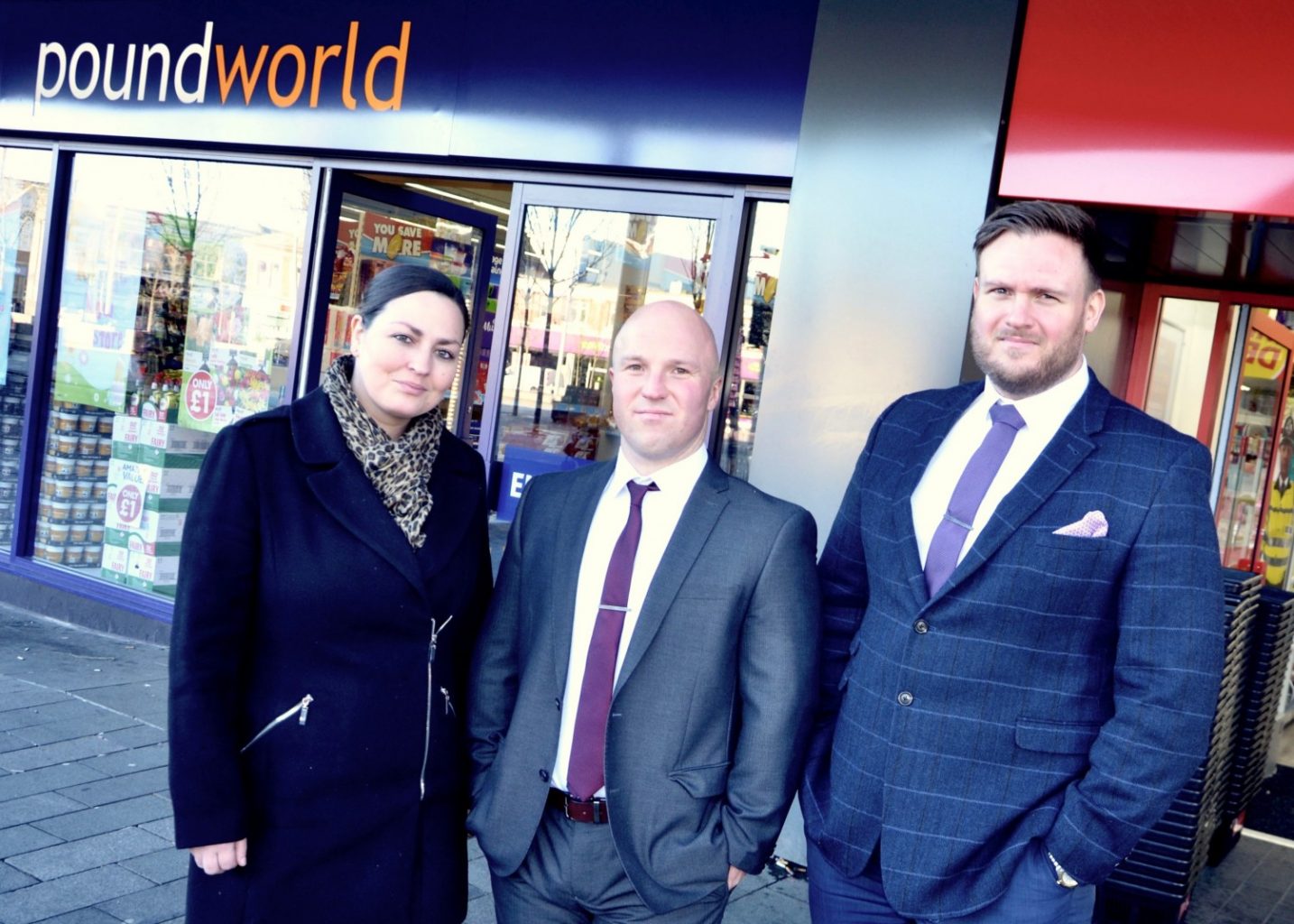 A growing security company has signed a major contract with a national retail firm which will see it expand into Scotland and the North-West.

T3 Security, based in Gosforth, Newcastle, struck the deal with Poundworld Retail Group to provide security staff in 30 stores across the northern half of the UK. In 2015 Poundworld Retail sold a majority sharehold to TPG which is a private equity group.

The firm will recruit an extra 30 staff to man the outlets as the contract is rolled out over the coming weeks.
Peter Moore, who co-directs T3 Security with partner Richard Townsend, said: “This is a big contract for us, with a National retailer, and is testament to how much the business has grown.
“We’ve already had to employ 30 people to man the stores we’ve been contracted to manage, but there is the potential for more to be recruited if we’re awarded more stores.
“It’s a great partnership, not just for us because it has enabled further growth, but for Poundworld Retail Group as well who are now having its stores well protected by trained and professional security staff.”

Chris Edwards, Chief Executive of Poundworld Retail Group commented: “We’re delighted to announce our new partnership with T3 Security. The safety of our customers and staff is paramount, and we’re confident that T3 will be able to deliver the security we need to give our customers a great shopping experience in store, whilst keeping our staff safe. We’re also really pleased that the partnership has allowed the creation of 30 extra jobs.”

Peter and Richard have drafted in one of their most experienced members of staff, who has worked for 25 years in the field, to train the new members of staff.
Richard has even found himself practicing what he preaches, after catching a thief himself during a routine trip to one of the new stores.
Peter said: “The training is in place from us at the head of the business, all the way through to our security staff on the ground.
“The business is going from strength to strength and we believe it’s down to our ethos that we always go the extra mile for our clients, and also equipping our staff with the relevant training for them to do the job properly.”
T3 Security was launched by friends Peter, a dad-of-three, from Longbenton, and dad-of-two Richard, from Jarrow, in 2012, initially supplying just two venues with staff.

Before signing the Poundworld Retail Group deal, the company employed 100 staff with a portfolio of over 40 locations from Blyth in Northumberland, Newcastle, Whitley Bay, Sunderland, Washington, Hartlepool and Stockton, on Teesside, with pub chains like John Fitzgerald and Tavistock Leisure.