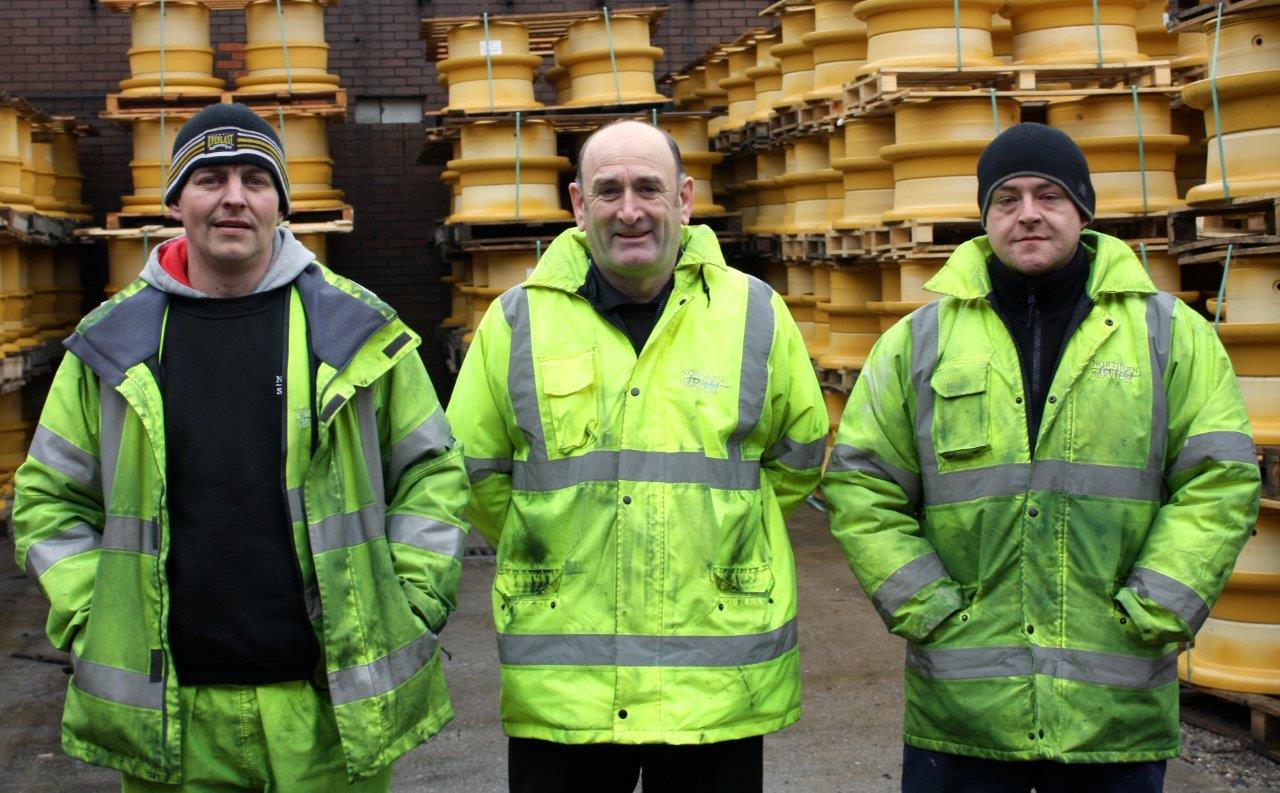 A logistics firm which works alongside some of the UK’s biggest companies – including Caterpillar – is targeting continued growth with a recruitment drive to start 2016.

Northern Freight Services, based on the North West Industrial Estate, in Peterlee, is looking to boost its workforce further by taking on two forklift truck operatives and four heavy goods vehicle (HGV) drivers.

The move will increase the company’s current 68-strong team, which was added to in September last year with forklift truck drivers Ryan Brown, 42, and Lee Sillitto, 30.

The pair were initially employed as temps but have since been offered and accepted permanent contracts.

Now though, after a growth spurt at the back end of 2015, Northern Freight bosses say more workers are required to help them cope with increased demand from customers.

Ian Lawson, managing director of Northern Freight which offers 24-hour distribution services, indoor and outdoor storage, stock management, and pallet racking and delivery throughout the UK and Europe, said: “We took on Ryan and Lee as forklift truck drivers in September last year and offered them permanent contracts recently after we saw what a great addition they had been to the team.

“We need to take on extra employees now to cope with the growth that Northern Freight has experienced over the last year, and particularly the past few months.

“We like to try and keep ahead of the game so that we’re ready for extra business, rather than trying to play catch up once the horse has bolted.”

[The good news follows a tough period for Northern Freight in 2014 when a dip in activity meant a number of employees had to be made redundant.]

“The recruitment will enable Northern Frieght to implement its ambitious growth plans.”

Northern Freight provides tyre build and storage for Caterpillar and Bridgestone Tyres with help from its 180,000 sq ft internal, and eight-acre external, storage.

The firm also works alongside Newby baby products by taking delivery of stock from China, and storing the goods on its premises before making deliveries nationwide to the likes of Asda, Aldi, Tesco, Boots, Sainsbury’s, Morrisons, and Waitrose.

Northern Freight was born in the 1980s by Ian’s father, Dave Lawson, who started out on his own with a van worth £100.

The business turned out to be a family affair, with Ian taking over the running of the company after his 68-year-old dad’s retirement a couple of years ago, and his brother, Lee Lawson, in charge of the fleet of heavy goods vehicles.