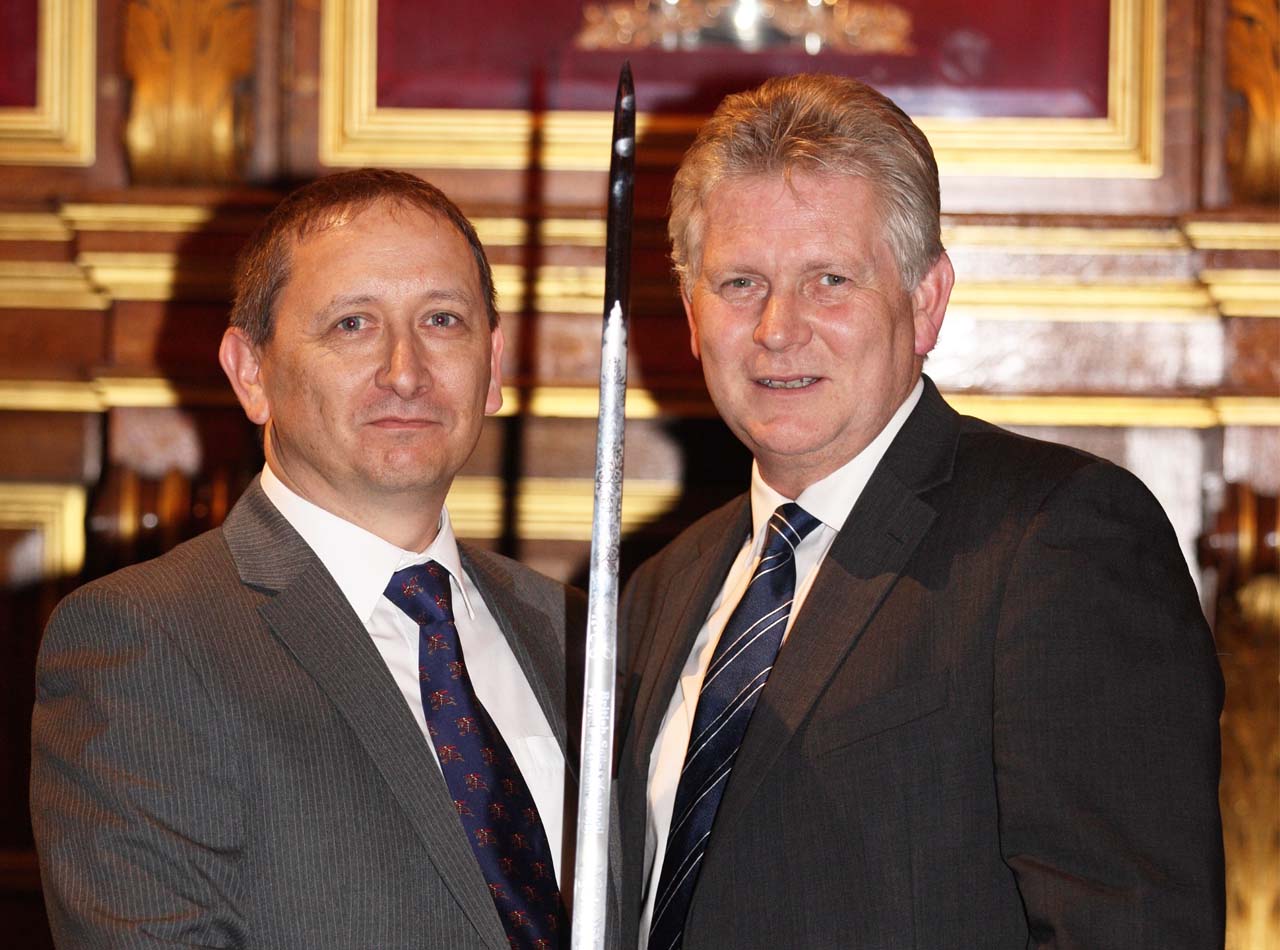 A national mailing house based in the North East has joined some of the world’s biggest brands to pick up a top award.

MetroMail, in Seaham, won a Sword of Honour as part of a global health and safety commendation from the British Safety Council.

The firm – which uses high-tech machinery to deliver thousands of mail items each week – was one of just 61 companies worldwide to win the prestigious sword.

The accolade is given to organisations who have demonstrated excellence in the management of health and safety risks at work.

Neil Buckett, Engineering Manager for MetroMail, which employs people from Seaham, Hartlepool, Peterlee, East Durham, Sunderland, and the wider area, said: “We always work really hard to maintain our health and safety standards, and continually review our processes to ensure we are bang up to date with procedures to protect our staff.

“So when we were told that we were receiving the sword of Honour from the British Safety Council we were delighted to say the least. A small delegation of staff went to London to collect it, and with special permission, we were allowed to transport it back to the North East, to MetroMail.

“It is now going to take pride of place within MetroMail. It’s such an honour.”

In order to compete for the Sword of Honour, an organisation first has to achieve the maximum five stars in the British Safety Council’s health and safety management audit scheme in the period August 2014 – July 2015.

They also have to demonstrate to an independent panel of experts that they are excellent in their health and safety management throughout the business – from the shop floor to the boardroom.

Mike Robinson, chief executive of the British Safety Council, said: “Our warmest congratulations to 61 of our member organisations who have won the Sword of Honour. These awards recognise and celebrate the excellence of the winning organisations and their employees in managing health and safety risks.

“All of the Sword winning organisations share a commitment and resolve to achieving the highest standards of health and safety management. We are delighted that they are partners in helping achieve our vision that no one should be injured or made ill at work.”